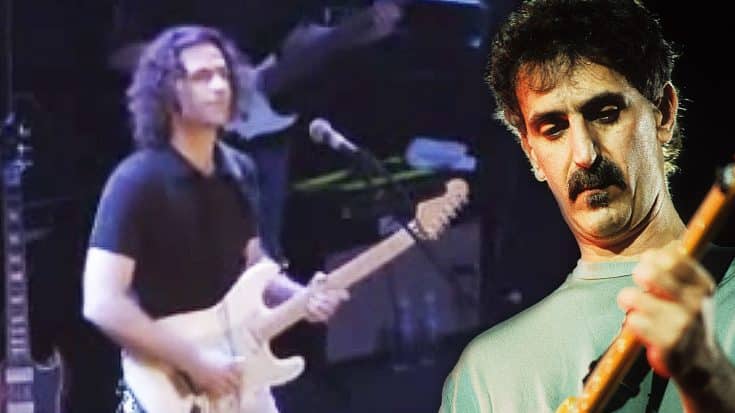 It goes without saying that the late, great Frank Zappa was truly one of the most iconic and influential musicians of all time. Even 23 years after his passing, he is still regarded as one of the most relevant musicians, today.

His music still lives on as a testament to who he was as a musician even to this day. He was one of the best pure and simple.

His musical legacy lives on through his son Dweezil Zappa who leads a band called Zappa Plays Zappa. Each night, as you’d expect, Dweezil and his fantastic band perform a collection of Frank Zappa’s best songs, and what you’re about to see is nothing short of just that!

What you’re about to watch is a video in which the aforementioned band Zappa Plays Zappa takes to the stage to perform the iconic Frank Zappa song Black Napkins. To put it simply, Frank Zappa would be so proud of his son! See for yourself!