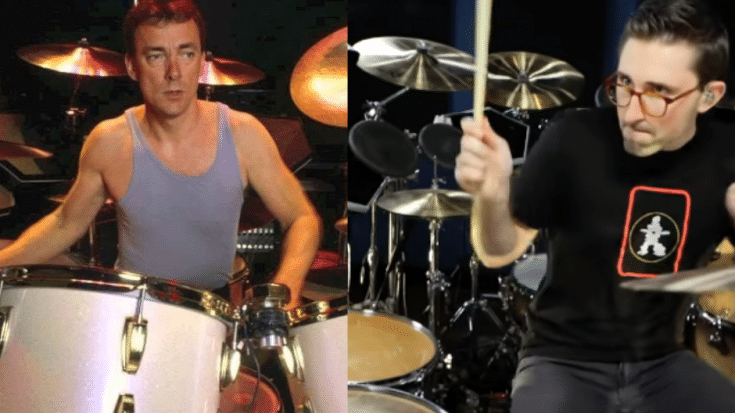 Drummer Brandon Toews honors the late Rush’s Neil Peart by doing a drum cover of 175 Rush song. Toews amazingly did the whole performance thru the learning platform Drumeo which was recorded in full take and was not just piece together.

“He just wanted to be in control of it,” and added, “The last thing in the world he would want is people sitting on his sidewalk or driveway singing ‘Closer to the Heart’ or something. That was a great fear of his. He didn’t want that attention at all. And it was definitely difficult to lie to people or to sidestep or deflect somehow. It was really difficult.”

Toews is “a huge Neil Peart fan.” It took several weeks of rehearsal, kit arrangement, performance and editing for him to pull off this great tribute for Peart.

“It’s hard to imagine that the world lost Neil Peart two years ago,” Drumeo wrote in the video’s description. “We’re grateful that his legacy will live on through his incredible work with Rush. So today…you’re going to hear the best parts of every single Rush song ever.”

“The setup Brandon used for this performance incorporates different elements from the drum kits Neil used over his 40 years with Rush. This includes the legendary tubular bells, gong drum, and electronic pads.”

“This was a huge project to put together, definitely one of the most ambitious projects I’ve ever attempted,” Toews added. “But it was an absolute honour to pay tribute to Neil. I recorded four or five full performances in their entirety and then we chose the best angles for the final video!”