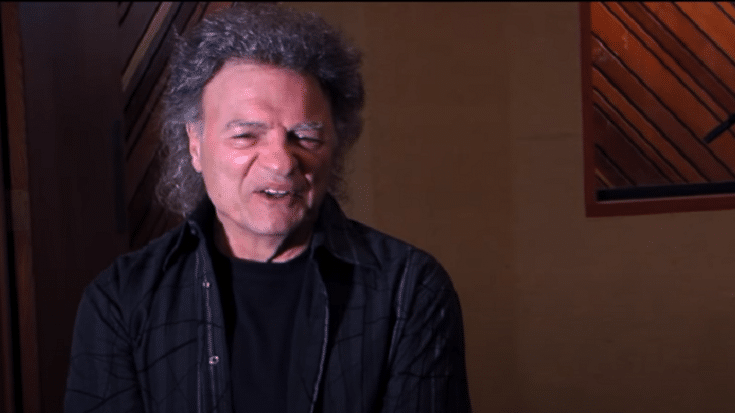 He Says It Was Challenging To Play With Them

Drummer Joe Vitale has a pretty stellar five-decade career. He has worked with some of the biggest names in rock including the Eagles, Joe Walsh, CSNY, Peter Frampton, Ted Nugent, and Buffalo Springfield. Not only did Vitale co-write “Pretty Maids All in A Row” with Walsh but they’ve been friends for over fifty years, meeting in 1969 at Kent State.

In a new interview with Rolling Stone, Vitale looked back at his time with the Eagles and noted how challenging it was for him at first when he joined the band for their Long Run tour.

He said, “It’s challenging in the sense that sometimes it’s harder to play the same exact thing every night than it is being a musician where you just jam. When you’re playing and not having to deal with an arrangement, just having fun, you aren’t even thinking, “OK, what’s the drum fill coming up on ‘Take It Easy’?’””

He added, “But you know what? I really appreciated that. People pay a lot of money to see an Eagles show. They get a great show and nobody ever goes home disappointed. I don’t know if they ever had a bad review. I never read one. Their live show is just incredible. It’s impeccable. Joe warned me about that. He said, “Listen, no jamming. Play the parts and play them every night. Play it like it’s your first time you’ve ever played it.” I said, “No problem. I get it.””

It’s no secret that that particular trek was tense. But according to Vitale, he didn’t exactly detect any conflict between the members. He explained, “They had that blowout they showed in the Eagles documentary. The way Glenn explained it was exactly what happened. I was there. They had a blowout with Felder. That is what happened. I think it had been brewing for a while. I think it was the old straw the broke the camel’s back. It finally came to a head [that night in Long Beach.]”

He then concluded, “It was really sad. I spent two years with one of the greatest rock & roll bands in the world. We’re playing stadiums and all these great big places and all of a sudden, “We’re done now.” [Laughs] “Great, thanks a lot.” Now I’m just one of the sidemen. But man … I was really happy to see that they got back together even though it took 14 years. And thank God they did. That was too good of a band to just stop.”