Don Felder Will Tie The Knot With Diane McInerney 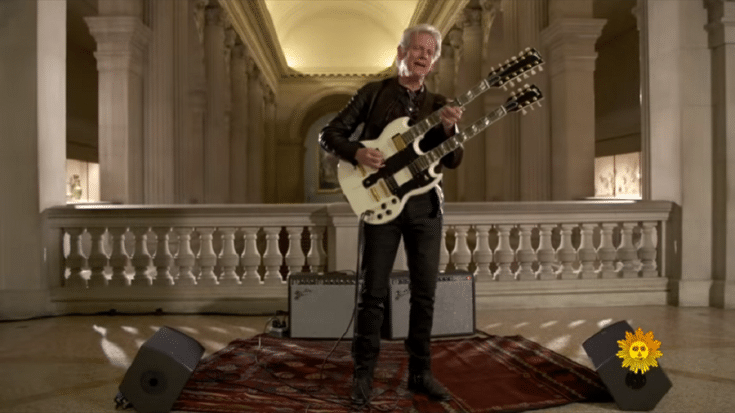 No Wedding Date Yet

The 72-year old former Eagles guitarist is currently engaged to 48-year old weekend anchor of TV’s Inside Edition. They made the announcement via People magazine. The couple have been dating for two years and Felder popped the question last January 19 while they were on a sunset walk along the beach in Malibu, California. He gave her a custom design, five-carat round brilliant cut diamond ring.

Felder chose that particular location because it’s near the place where he co-wrote the Eagles’ 1976 classic hit “Hotel California.” He then whisked her off to the Chable Maroma resort in Mexico for an “engagement-moon.”

A source close to the couple told People: “Don is so in love with Diane. She fills his heart every day in every way with love and joy. Diane is beyond excited to be engaged to the love of her life. Their friends and family are thrilled for their happiness.”

It will be the second marriage for both of them. Felder wed Susan Pickersgill in 1971 but they divorced in 2000. McInerney was previously married to Edward Palermo, a criminal defense lawyer.

In 2019, Felder wrote a song for McInerney titled “Falling in Love Again.” He’s currently touring around the US.