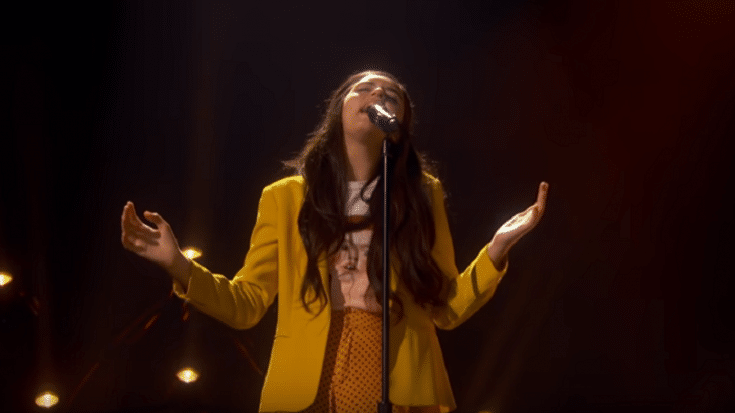 Elton John Would Be So Proud

For her final performance on America’s Got Talent: The Champions last Monday night, February 10, thirteen-year old Angelina Jordan paid tribute to Elton John with a stunning and unforgettable cover of John’s 1973 timeless tune “Goodbye Yellow Brick Road.” Accompanied by piano, she belted out to the song and was met with a standing ovation. This isn’t her first classic rock performance because she performed Queen’s “Bohemian Rhapsody” which earned her a golden buzzer from Heidi Klum.

After her “Goodbye Yellow Brick Road” number, Klum said: “You make your Golden Buzzer mama so proud, I have to say. I can feel it all the way down into my bones that you are a superstar in the making. I mean, we’re seeing it right in front of our eyes. … The melancholy that you put into that Elton John song was incredible.”

Howie Mandel called it “hypnotic” while Simon Cowell commented that Jordan “made it sound current, relevant.”

Elton John wrote “Goodbye Yellow Brick Road” with longtime collaborator Bernie Taupin. It’s often cited as one of John’s greatest songs and it has remained a staple in his live performances. Back in 2008, Ben & Jerry’s even created a flavor called “Goodbye Yellow Brickle Road.”