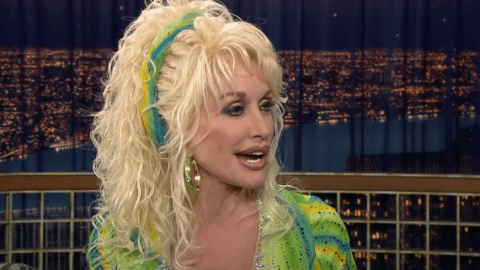 Country music legend Dolly Parton and rapper Doja Cat have teamed up and are set to appear in a new TikTok musical for Taco Bell‘s newly revived Mexican Pizza.

As the menu item returns to the fast food chain, “Mexican Pizza: The Musical,” will air live on TikTok on May 26. The upcoming appearance of the two acts started when Doja Cat shared a rap content for Taco Bell about its Mexican Pizza, which was already taken off on the store’s menu in 2020.

“I will end you if you ever dare to go discontinued.

“This ain’t even Mexican food.”

Grammy winners for the TikTok production, “The Unofficial Bridgerton Musical,” Hannah Friedman with Abigail Barlow and Emily Bear, are the screenwriter for the upcoming Taco Bell’s TikTok musical. Barlow and Bear did tease a snippet of their score with lyrics like, “You took a slice right out of my heart.”

Barlow said on TikTok, debunking rumors that this digital performance was a joke:

“We sat down and composed a musical for Mexican Pizza. And every song is a banger, if I do say so myself.”

In an interview earlier this year with Insider, Parton said that Taco Bell should bring their famous pizza back:

“They used to make a little Mexican Pizza… I love that.”

Now, her words are definitely coming true to life.

#MexicanPizzaTheMusical is really happening! Tune in LIVE on TikTok 5/26.