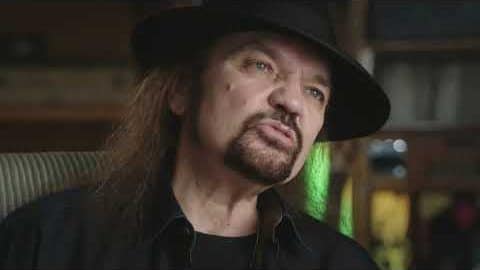 Guitarist Gary Rossington is tentatively set to return with Lynyrd Skynyrd at their upcoming concert in Fort Campbell, Ky., on May 21.

Rossington is the last remaining founding member of the legendary band. He departed in July 2021 after having emergency heart surgery. The rocker previously battled heart-related issues in 2015 and 2019.

When Rossington left, the remaining members got guitarist Damon Johnson to fill in. Johnson is known for his work with Thin Lizzy and Alice Cooper, in addition to his own band, the recently reactivated ’90s rockers Brother Cane.

As per personal request of Rossington, Johnson revealed in a previous interview with UCR that he will continue to play for Lynyrd Skynyrd alongside the legendary guitarist when he gets back. He also shared some details on how the band planned to move forward with Rossington.

“We all hope Gary can come to as many shows as possible, certainly as many as he wants to. He wants to come back. You know, he’d love to be tip-top shape, come back and just resume his position full-time. But his health just isn’t to a place yet for him to count on that and, you know, for the band to be able to count on that.

“I don’t think he’s coming to California. That’s a couple of lengthy plane flights, and that’s a lot of travel. But he is going to be with us. We’ve got a show literally about an hour north of Nashville. He lives in Atlanta, so things like that are a lot more practical. I’m just basically here to fill in.”

Johnson stated his gratefulness to be a part of the band:

“It’s been incredible, and it’s such a thrill for me as a guitar player, and it’s just an honor. You know, Skynyrd is legendary. Their fans have been so kind and appreciative. Because, look, they want to hear those songs themselves and they want to see the band.

“They want Gary back more than anybody. But they can tell, man, that the music is special to me. You know, it’s a great feeling to get their endorsement. Because I’ve talked to some of them directly and they’re just like, ‘Man, you’re doing a great job. Thanks for helping out, this is cool.'”

It’s been a long minute since we all got together and especially Gary and Dale. It was great to have them back at rehearsals and kick the dust off some old Skynyrd tunes and a few we haven’t performed in a while! pic.twitter.com/FgoTODYsEh