…Did Guns N’ Roses Just Hint At A New Album? 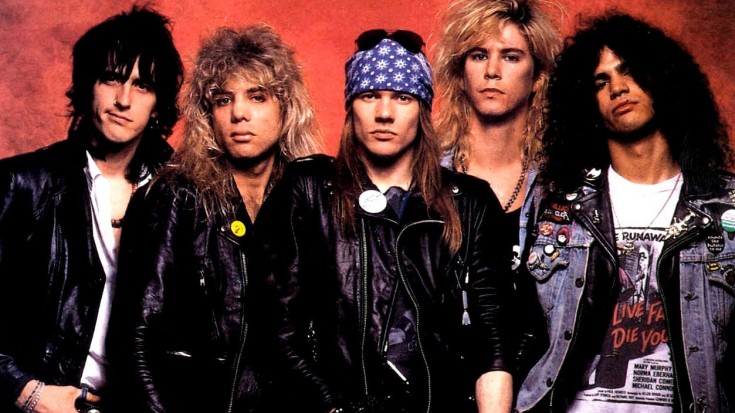 Slash, Duff Spotted In The Studio

2016 is proving to be a huge year for Guns N’ Roses – just two months ago it was announced that 3/5 of the Appetite For Destruction-era lineup are slated to reunite for two headlining dates at Coachella this spring, followed by the beginnings of what’s sure to be an action packed summer for the boys.

However, they just wouldn’t be Guns N’ Roses without a plot twist: just this week it was revealed that a brand new Guns N’ Roses album may be imminent, bringing together the Appetite lineup in the studio for the first time in two decades. Sources close to the band seem to think so, with Slash recently spotted logging some serious studio time – and if that wasn’t enough to pique your interest, Duff McKagan and Izzy Stradlin have been spotted together in the studio recording what’s rumored to be the next generation of Guns N’ Roses material.

Could it be that along with a brand new album we’re also getting the reclusive Izzy Stradlin as part of the band’s hotly anticipated reunion? We won’t know until Guns N’ Roses hit the road in early April – but we’d be lying if we said we weren’t dying to know what’s in store for fans in coming months!