Derek Trucks Offers Up A Tribute Fit For A King In Honor Of His Uncle, Butch 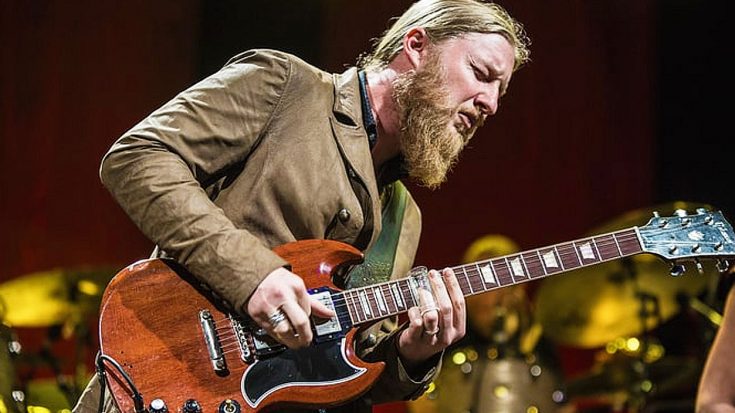 It’s been a rough week for the Trucks family. Butch Trucks, drummer and co-founder of acclaimed Southern rock giants The Allman Brothers Band died earlier this week at the age of 69, throwing fans, friends and family into a grief stricken tailspin as they struggle to make sense of their tragedy. His nephew, Derek Trucks, was on the road with the Tedeschi Trucks Band when he received the news of his uncle’s passing, remaining silent on the matter until he issued a statement on Twitter later the following day that simply read, “Rest in Peace, Uncle Butch.”

Together with his wife Susan and their band Derek took the stage later that night at Missouri’s Peabody Opera House but understandably, it wasn’t business as usual for the Jacksonville based blues rockers; instead of opening with one of their own songs, Tedeschi Trucks Band kicked things off with a cover of The Allman Brothers Band’s “Statesboro Blues” in honor of Butch Trucks. The hits kept on coming that night as the band dusted off a handful of other Allman Brothers Band hits, each note a silent “thank you, we miss you, hug Duane and Berry for us” to the man whose drumming and friendship remained a steady, guiding force in Derek’s life.

As far as tributes go, this is one absolutely fit for a king!