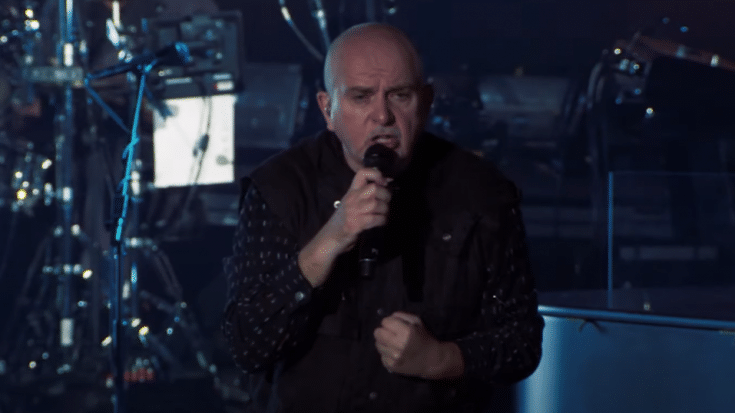 Gabriel wrote and produced the song with the help of various session musicians providing guitar, bass, drums, and backing vocals. In addition to that, the track includes electronic elements contributed by Brian Eno.

The structure of the song was built slowly with ominous synth parts propelling much of the song’s early action. The drums kick in on the chorus as Gabriel sings in his distinctive baritone. In a press release, Gabriel explained:

“The first song is based on an idea I have been working on to initiate the creation of an infinitely expandable accessible data globe: The Panopticom. We are beginning to connect a like-minded group of people who might be able to bring this to life, to allow the world to see itself better and understand more of what’s really going on.”

“Panopticom” is Gabriel’s first original song after almost seven years. It follows 2016’s “The Veil” which was written for the Oliver Stone film Snowden. His upcoming i/o album will mark the singer’s first album of original material in over two decades.

Concurrently, the former Genesis frontman is scheduled to do various shows later this year across the U.K. and Europe beginning in May. Gabriel said upon announcing the tour:

“It’s been a while and I am now surrounded by a whole lot of new songs and am excited to be taking them out on the road. Look forward to seeing you out there.”

Stream his new song below.