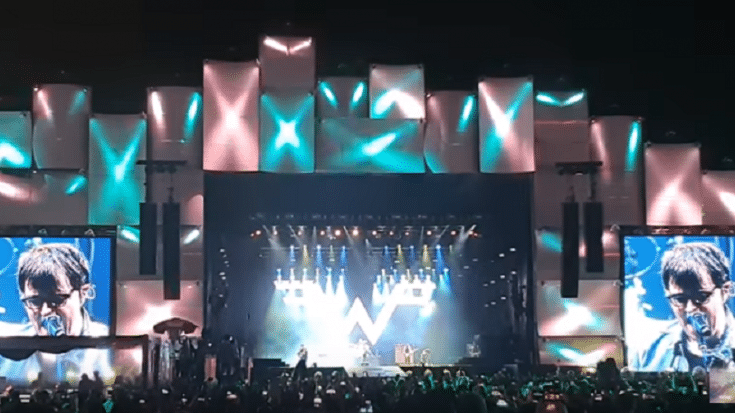 On September 28, Weezer took on a Nirvana classic for their set in Rock in Rio. They teased fans with their scorching cover of Lithium and while they were playing, Dave Grohl was listening back stage. Weezer frontman Rivers Cuomo introduced the song by saying, “We’re gonna cover a song from Dave Grohl’s old band to tide you over until the main course in a few minutes.”

And their rendition moved Grohl to tears. When it was time for Foo Fighters to take to the stage, Grohl told the crowd before launching into Big Me, “Tonight I’m gonna dedicate this one to Weezer. I was backstage and I heard Weezer play the ‘Lithium’ song. I gotta be honest, I cried a little bit. I did! I miss playing that song. I miss it, so I’m happy to hear Weezer play it again. So this one goes out to the sweet Weezer.”

During their set, Grohl also revealed that they will start working on new material. He said, “We go home next week and we start making a new Foo Fighters record. It’s good, it’s good.”

Both bands actually go way back. They both formed in the ’90s and in 2005, they co-headlined a tour together called Foozer. Weezer opened for Foo Fighters for a handful of dates in 2018.