The synchronicity between “Dark Side of the Moon” and “The WIzard Of Oz”- coincidence or not? 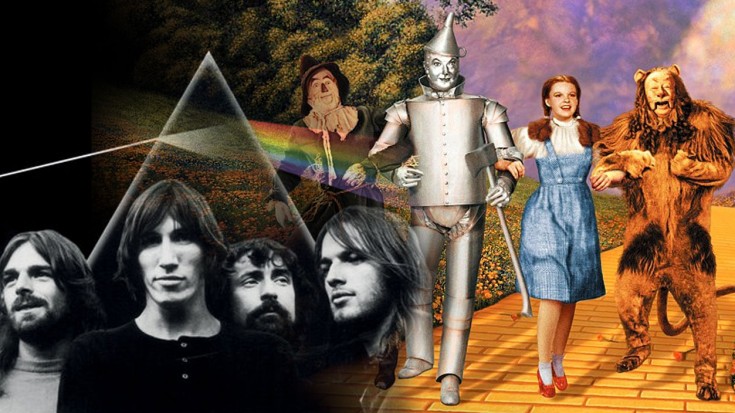 Dark Side of The Rainbow

This produces moments where the film and the album appear to correspond with each other.

David Gilmour’s opinion on the matter:

Personally- I think Pink Floyd may have had something to do with said “coincidence”. Every song lines up perfectly with the theme of the scene it corresponds with. All you have to do it grab a CD player, pop in the movie– and on the lions third “roar”- press play.

You be the judge.

The lunatic is on the grass.
Remembering games and daisy chains and laughs.
Got to keep the loonies on the path.
The lunatic is in the hall.
The lunatics are in my hall.
The paper holds their folded faces to the floor
And every day the paper boy brings more.

And if the dam breaks open many years too soon
And if there is no room upon the hill
And if your head explodes with dark forebodings too
I’ll see you on the dark side of the moon.

And if the cloud bursts, thunder in your ear
You shout and no one seems to hear.
And if the band you’re in starts playing different tunes
I’ll see you on the dark side of the moon.