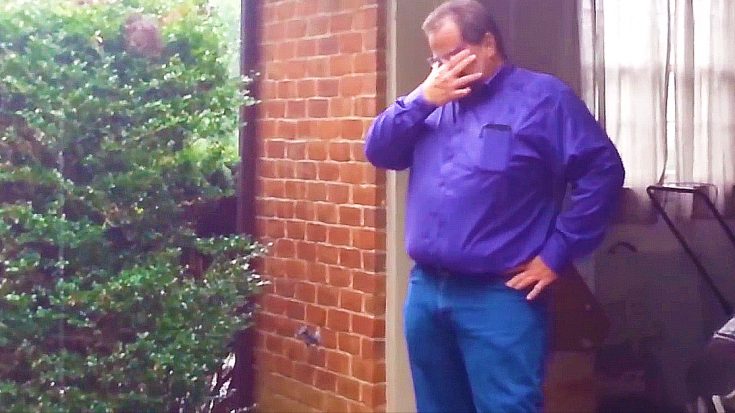 A Surprise 21 Years In The Making

When you’re a parent, there’s nothing you won’t do to see your kids smile. If it means wrangling the stars from the sky, moving Heaven and Earth or simply saying goodbye to your own hopes and dreams to allow your little ones to pursue their own, then so be it – and in the case of one father, a sacrifice made more than two decades ago came back around to reward him in a way that’s sure to bring tears to your eyes.

Randy Martin sold his 1936 Ford sedan more than 20 years ago to fund his daughter Stephanie’s seminary, but never gave up his dream of one day getting back the car he’d had since he was 16. Before long, his dream became Stephanie’s dream and as the ultimate thank you to her dad for the sacrifice he made for her, Stephanie enlisted the help of the rest of her family to get her dad’s car back and after months of researching, hunting, tracking it down, and finally arranging the purchase, the Martin family surprised Randy one rainswept morning with his long lost car and lucky for us, they caught the entire thing on camera – complete with Randy’s pure shock and soon, tears of joy.

This is what family’s all about, y’all – when you’re surrounded by this kind of love and selflessness, nothing is impossible and miracles can and absolutely do happen!