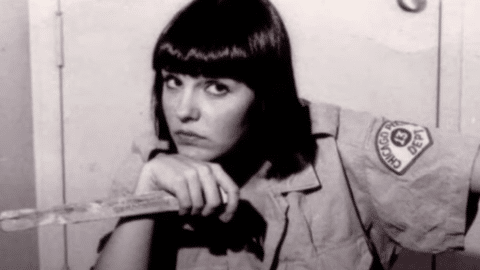 Cynthia Albritton, dubbed as Plaster Caster, best known for casting the private parts of famous rock stars, passed away on Thursday April 21 at age 74. According to a press release, the Chicago-native artist died following an undisclosed long illness, her representatives confirmed to Variety.

Albritton was born and raised on the south side of Chicago. She started her work as a student at the University of Illinois at Chicago, where she was given an art assignment “to make a plaster cast of ‘something hard'” according to MTV News.

A week later after she practiced on two college friends, she got her big break when the legend Jimi Hendrix agreed to her idea while he was on tour in Chicago in 1968. He became her first famous plaster cast of a rock star’s penis.

In Albritton’s diary, she wrote:

“We need a ratio 28:28 and found this just barely sufficient. He (i.e. Hendrix) has just about the biggest rig I’ve ever seen!”

Frank Zappa soon took an interest in her art and moved her out to Los Angeles, where she got connected with more musicians. From there, Albritton went on to cast other rock and pop stars, including Jon Langford of the Mekons, Eric Burdon of the Animals, Wayne Kramer of the MC5, Pete Shelley of the Buzzcocks and Dead Kennedys frontman Jello Biafra.

Later in her career, she expanded her collection and include male filmmakers and female artists. In 2000, she’d made a mold of female breasts from the likes of L7’s Suzi Gardner, Laetitia Sadier of Stereolab, Sally Timms of the Mekons, Peaches, Karen O of the Yeah Yeah Yeahs, and many others.

She held her first art exhibit in New York in 2000, then she became the subject of a 2001 documentary “Plaster Caster” by Jessica Villines. Albritton also participated in the 2005 BBC documentary “My Penis and I,” created by filmmaker Lawrence Barraclough.

Aside from her art, Albritton has lectured at the Art Institute of Chicago in 1997 and unsuccessfully ran for mayor of Chicago in 2010 under The Hard Party. Her slogans were “Erect Cynthia Plaster Caster” and “Hard On Crime.” She said of her campaign:

“I am not a politician. I am an everyday citizen that is sick and tired of seeing the problems of our city escalate and I believe we ALL need to participate in helping to make our city the best it can be.”