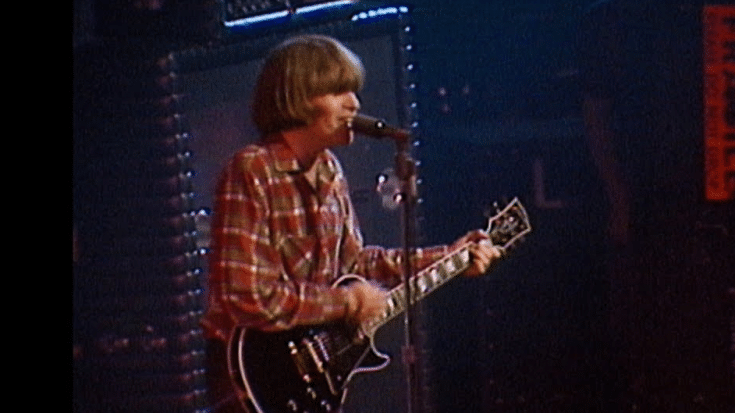 Creedence Clearwater Revival shares a video of their 1970 performance of “Bad Moon Rising.”

In the video, the band delivered hit after hit from three studio albums issued in less than a year such as “Bayou Country”, “Green River” and “Willie And The Poor Boys.” It was because of this show that the band members reached the height of their international popularity.

Their Robert Albert Hall performance has proven that they have arrived ready. Aside from “Bad Moon Rising,” the band also showcased some of their hits, including “Born On The Bayou,” “Proud Mary,” and “Fortunate Son.” With that, they met a 15-minute standing ovation and rave next-day reviews in the UK’s top publications.

Now, counting 50 years after that legendary show, the original tapes have been meticulously restored and mixed by producer Giles Martin and engineer Sam Okell. It was simultaneously released alongside the documentary concert feature film, Travelin’ Band: Creedence Clearwater Revival at the Royal Albert Hall.

Both the album and the film will be presented in a Super Deluxe Edition Box Set and will be up for grabs starting November 14. You can stream the video below.