Crazy As It Sounds, Tom Petty’s “Free Fallin'” Actually Started Out A Joke Between Friends 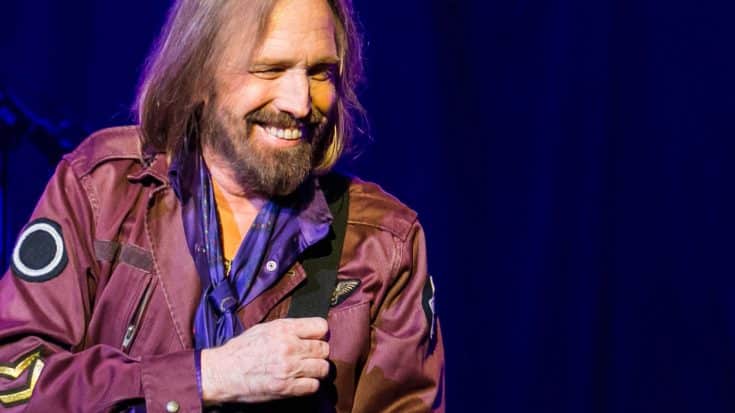 Contrary to popular belief, making music should be fun and when you’re with your friends, it should be one of the best memories of your life – at that point, any success you find with your creation is icing on the cake! Singer-songwriter Tom Petty knew this better than anyone; when he penned his now iconic “Free Fallin'” for his 1989 solo debut Full Moon Fever, he was in the studio with friend, collaborator and producer Jeff Lynne of Electric Light Orchestra fame and came up with the song’s main riff while messing about on a keyboard.

As the legend goes, Petty made Lynne laugh when he jokingly sang the opening line “She’s a good girl/loves her mama/Loves Jesus and America too,” leading to an all out giggle fest as the lyrics kept coming and the two friends realized that in the middle of a moment of silliness, they’d stumbled onto something great.

“Honestly, I thought I was just amusing Jeff but then I got to the chorus of the song and he leaned over to me and said the word, ‘freefalling.’ And I went to sing that and he said, ‘No, take your voice up and see how that feels,’” remembered Petty.

“So I took my voice up an octave or two, but I couldn’t get the whole word in. So I sang ‘freeee,’ then ‘free falling.’ And we both knew at that moment that I’d hit on something pretty good. It was that fast.”

You mean to tell us that one of the greatest songs ever written was the result of two friends having a laugh in the studio? If anything, that’s another reason to love “Free Fallin'” beyond it being Tom Petty’s most famous song and his longest charting track to date! Relive the magic for yourselves in the official music video below – surely if “Free Fallin'” made Tom and Jeff feel good in the studio it will do the same for you, too!