Could Axl Rose Be Out Of AC/DC Soon? This Insider Thinks So, And Guess Who He Expects To Return 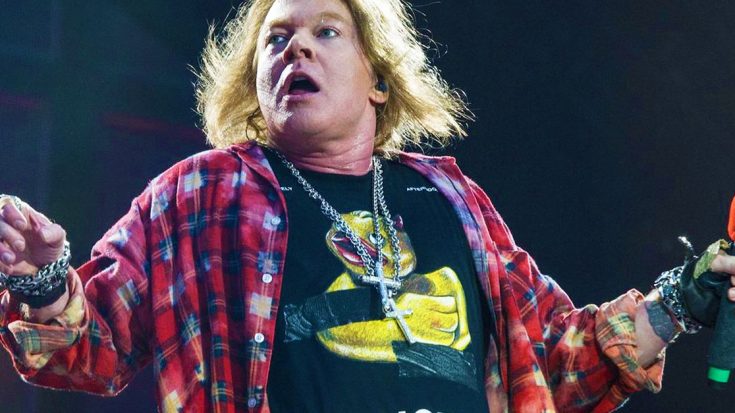 Brian Johnson, Back In Black? One Man Thinks So

It’s been a long year for Australian rock legends AC/DC and their legions of fans around the world who looked on helplessly as their favorite band seemed to disintegrate overnight. With Cliff Williams taking his final bow just a few short weeks ago at the final show on AC/DC’s troubled Rock Or Bust tour and Axl Rose still filling in as lead singer, the fate of the band has been left up in the air…or has it?

According to hearing experts at Asius Technologies, Axl Rose’s days with AC/DC could very well be numbered if all goes according to plan and former singer Brian Johnson is able to return to the stage in 2017, with a target date ranging from as early as 6 months to as late as 12. Johnson, who left the band in early 2016 due to a serious threat to his hearing, has been working with Asius’ chief scientist Stephen Ambrose on a set of specialized in-ear monitors that would not only allow him to hear all of the chaos going on onstage at a co , but would also protect Brian’s hearing from future damage, too.

In an interview with TeamRock, Ambrose explained what’s been going on these past few months:

“I wouldn’t be surprised if we have something that Brian, and other people, can use to return to the stage without any threat of damage to his hearing within the next six to 12 months. I will endeavour to kick up the development of the technology another 10 notches, at which point I expect to get the green light from Brian’s doctors to test the prototype with him.

We need to know he can test it without further damaging his hearing. And I expect those tests will go very successfully.”

Brian’s currently in Europe racing his cars, but he’s due back stateside in a few weeks’ time and is slated to meet with Ambrose again to start testing out the in-ear monitors. There’s no guarantee that he’ll be back in action, but hey – he’s one step closer to being back where he belongs, and that’s enough for us.