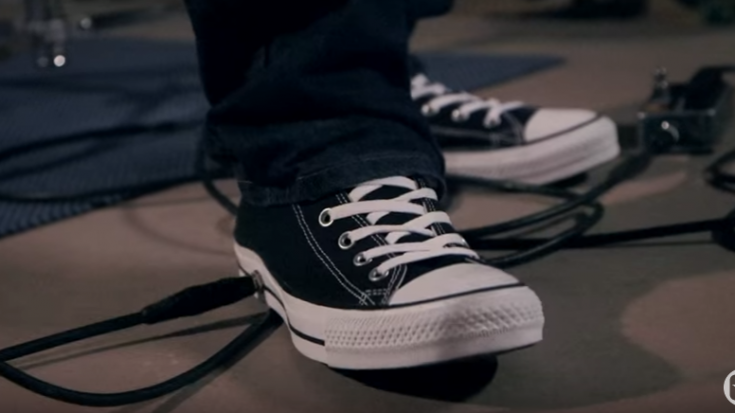 This is for those times when you have work until 5 and the band starts playing at 7. LOL. Because you know, nothing says rock ‘n roll like a wah pedal in your high top Chuck Taylor All Stars sneakers. In case you’re wondering, the wearable guitar pedal is built in the shoes. There’s also a flexible sensor in the sole and it uses bluetooth technology. Talk about fashion and function!

The prototype was actually created three years ago at the Chuck Hack event by design agency Critical Mass. Appropriately called All Wah, the shoe can add Wah to the plugged-in guitar just by moving your foot or mimicking the movement when you’re pressing on the pedal. CuteCircuit tweaked with the concept and eventually made it wireless. There are dual plugs on each side, allowing you to connect it to an amp or guitar (or even your iPhone!) and to the Wah box via bluetooth.

It’s very limited by the way since Converse will only release 23 pairs and the cost? Don’t expect it to be less than a hundred bucks.