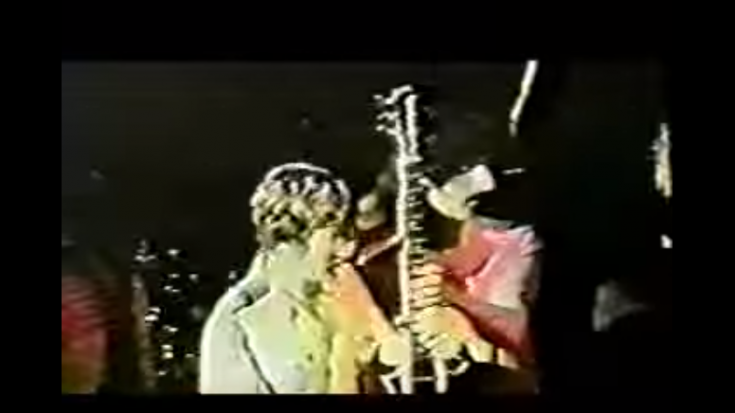 The Crowd Was In For A Great Surprise!

Five years after Zappa gave us the gift of his music, Freak Out!, his two-night concert at the Fillmore East with his band The Mother of Invention was a total success. This video was taken during the encore when Zappa invited the pair up on stage. It was an unexpected appearance and even Zappa’s band members were obviously surprised that another music legend was there and playing with them no less!

The impromptu performance went on for a few minutes and some of the audio recording was released in Lennon’s “Some Time in New York City” and Zappa’s “Playground Psychotics.” Some of the songs they played included “Baby Please Don’t Go” and “Scumbag.” Now let’s take a moment to thank the person who recorded this extremely rare collaboration. It’s definitely one for the books!