Coachella, AC/DC, And Prince: Hear Axl Rose Give His First Interview In YEARS! 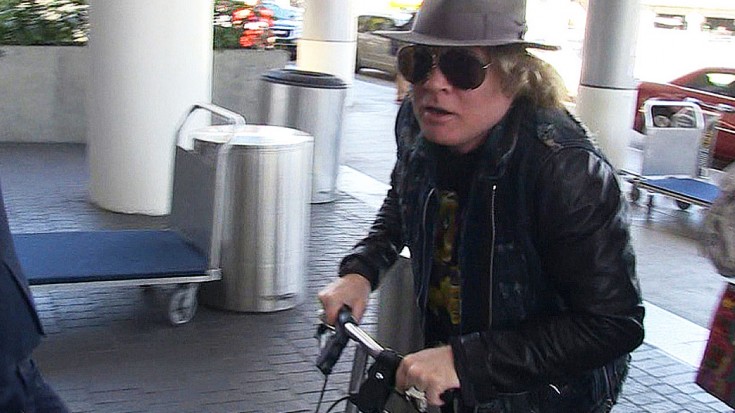 Since news broke of Guns N’ Roses summer reunion, we’ve heard from everyone involved – Slash, Duff, even Guns N’ Roses members past and present – but not a word from the man himself, Axl Rose.

Until now, that is. For the first time in years, Axl gave his first interview and in true Axl Rose fashion it was anything but ordinary!

This morning, TMZ caught Axl as he and his team made his way through LAX, no doubt to catch a flight out to begin the first run of dates with AC/DC as they embark on the European leg of their Rock Or Bust Tour, and slowly making his way along on a knee walker scooter the normally mysterious Axl graciously answered a barrage of questions, even cracking a smile or two.

“The shows went really good, the crowd was amazing. It was really nice!

The entire interview is relatively short, but gives a little insight as to Axl’s thoughts on everything from his favorite AC/DC song (“Right now it’s ‘Touch Too Much'”) to Prince’s death last week at the age of 57 – and it’s one you definitely don’t want to miss!