Clinton Or Trump? Neil Young Has The Answer And It Might Shock You 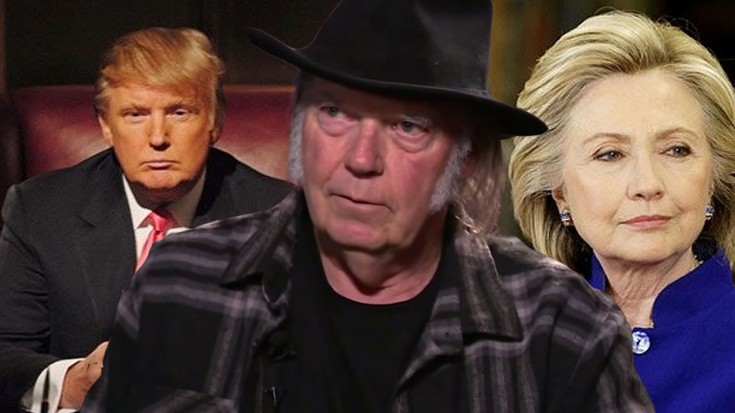 Neil Young was interviewed on BBC this week to promote his new album Earth, which hits stands this Friday, June 17. Young discusses the album as being a representation of the world’s connectivity, and includes animal and nature sounds on the album to create a message of sustainability.

Speaking of voting, when asked who he thinks might be president, Donald Trump or Hilary Clinton, Young had quiet an interesting answer, and it goes with the theme of his album pretty well.

“I wish there would be Bernie Sanders because he speaks the language of survival for the planet. He’s speaking to the issues.