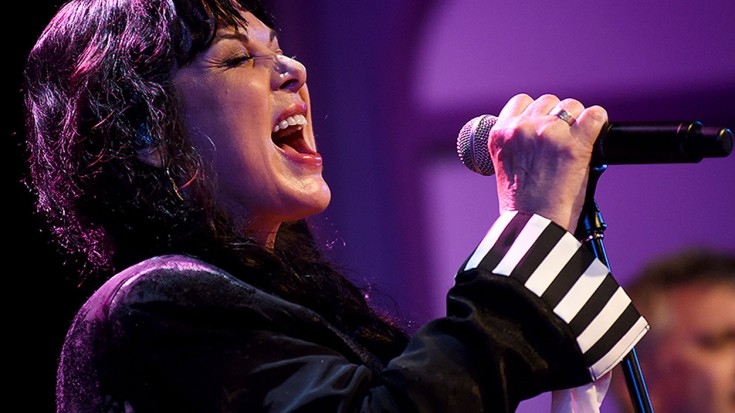 Happy Birthday, Ann Wilson! The Heart singer turns 66 today and whether it was intentional or not, we don’t know – but this week also celebrated the birth of another masterpiece as Heart gears up for the release of their 16th studio album with the rip roaring debut of “Beautiful Broken”. Originally featured as a bonus track on 2012’s Fanatic, “Beautiful Broken” got a hard rockin’ update with the addition of Metallica singer James Hetfield, whose gritty style of singing meshes perfectly with the vocal powerhouse that is Ann Wilson.

Fun Fact: Regarded as one of the best female vocalists in rock music history, Wilson was listed as one of the “Top Heavy Metal Vocalists of All Time” by Hit Parader magazine in 2006.

Where many singers begin to lose vocal power as they near their 60s and 70s, Ann’s voice is as strong as its ever been, if not stronger; comfortably hitting her usual highs and lows and adding a little bit of fire and grit that satisfies the parts of us that wonder what a Heart/Metallica might sound like, Ann’s performance on “Beautiful Broken” is a great reminder as to why to rock and roll fans all over the world, she’s still the queen.

Join us in wishing the lovely Ann Wilson a very, very happy 66th birthday by checking out the full length version of “Beautiful Broken” in the audio below!