Cliff Is Gone And The Tour Is Over – Now, AC/DC’s Angus Young Wants Fans To Know Just One Thing 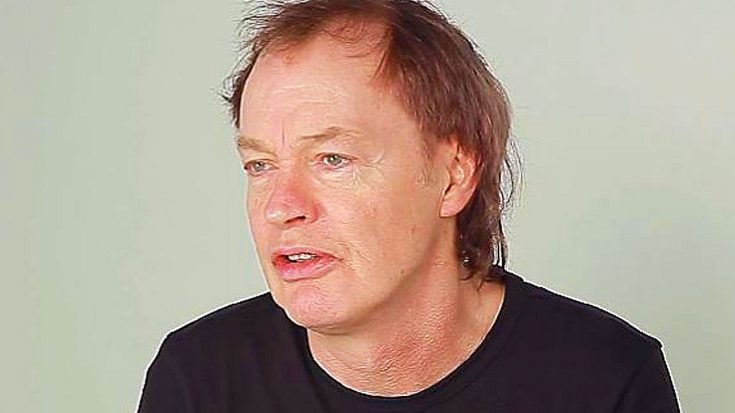 It’s been a long, hard road for Australian rock legends AC/DC. They kicked off the year with the loss of singer Brian Johnson and were saddled with the monumental task of deciding how to continue their Rock Or Bust world tour, tackled the backlash that came from enlisting the help of Guns N’ Roses frontman Axl Rose and this week said goodbye to their bassist Cliff Williams, who retired after 40 years of rocking and rolling. Now the dust has settled, Rock Or Bust has wrapped and the boys have gone their separate ways, leaving only Angus Young as the sole original member of AC/DC; but despite it all, he just wants fans to know one thing: thank you.

“I want to thank everyone who’s come along with us on this tour – it’s certainly been one big adventure with its highs and its lows,” said a tired but happy Angus, who also thanked all who came out to see AC/DC and helped create the magical atmosphere we got to see in the form of YouTube videos and weekly updates on the band’s official Facebook.

No one knows what the future holds for AC/DC – not even its own band members. This could be the very end of AC/DC as we know them and it would make sense – after all, Angus is the only original member left and time catches up to us all, even those who were very clearly born to rock. One thing is for sure though – we’ve had a damn great time rocking and rolling with them for the past 4 decades and if this is the end, then it’s been a great run; if not, then we look forward to seeing what other magic they pull from their sleeves.