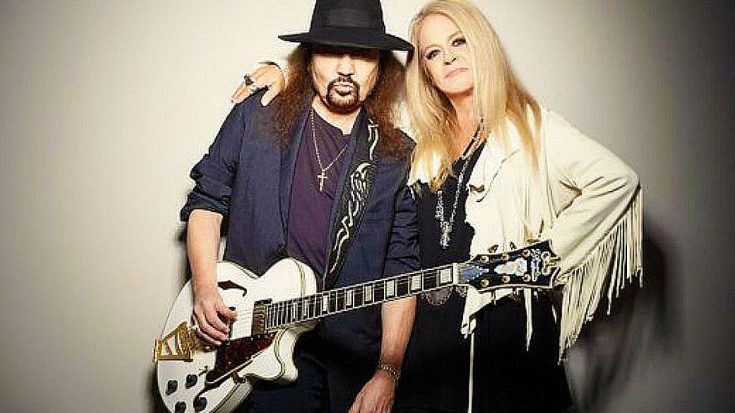 The Time Has Come!

That’s right, Skynyrd Nation – Lynyrd Skynyrd’s own Gary Rossington and Dale Krantz-Rossington are teaming up this fall as Rossington to bring us a brand new batch of bluesy, soul grabbing tunes to fall in love with in the form of their new album Take It On Faith, and we couldn’t be more excited.

The pair never planned on releasing more music under the Rossington umbrella once Lynyrd Skynyrd burst back onto the scene in 1987 with Gary once again reprising his role as lead guitarist and Dale as one of our beloved Honkettes, but what changed their minds?

“Right now, we consider it a gift to the fans. We did it for them, and I hope they like it,” says Gary.

“They asked us to do something again, so we did it. We seized that opportunity, and ran with it. And we’re real excited it’s finally coming out.”

The fans. Years of questions from fans and their own Lynyrd Skynyrd bandmates as to whether Rossington planned to ever do anything again prompted Gary and Dale to finally make it happen – and boy are we glad!

Take It On Faith debuts on November 4th and while Rossington have yet to release a single from the album, we’ve got faith in the fact that it’s going to be absolutely extraordinary. In the meantime, get a glimpse at the magic these two are about to create by taking a look at Take It On Faith’s exciting track listing here!