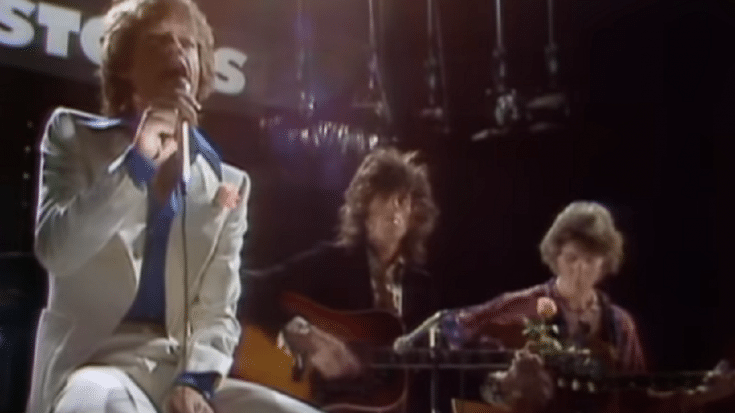 We’ve All Been There

Any kind of breakup is devastating. Whether it’s totally unexpected or you saw it coming from a mile away, it’s never not painful. And even great rockstars get that. They may be used to singing about countless women, sex, drugs, and drinking, but they too had their hearts broken once upon a time. So we pulled out these five greatest classic rock songs about breakup that are sure to hit you right in the feels.

You might want to grab your tissues or a tub of ice cream because this is gonna be one deeply emotional musical ride. There’s bitterness, anger, and of course, there’s pain.

She bitched so much, she drove me nuts
And now I am happier this way
Woah, woah, yeah, take it for what it is

It’s one of those songs that just escalated quickly. For one moment, you’d think Axl Rose is singing about a love lost and in a way, he is. But after he declares that he used to love her, he goes ahead and kills her. Even after burying her, he can still hear her complain.

And so when this came out, people thought it was about Axl’s girlfriend but the band members denied it. While Slash claimed it was about Axl’s dog, Izzy Stradlin said: “I was sitting around listening to the radio and some guy was whining about a broad who was treating him bad. I wanted to take the radio and smash it against the wall. Such self-pity! What a wimp! So we rewrote the same song we heard with a better ending.”

It’s a straight-up rocker and although it was one of the few tracks not written by any of the band members, it still probably resonated with Glenn Frey because at the time, he just got off a relationship. This became a fan favorite which is why it became a staple on radio stations and on their setlist.

Unlike some of their hard rockin’ numbers, this one’s an acoustic ballad. It’s about the end of a relationship and since it had a woman’s name as the title, there were several speculations as to who it was about – with majority claiming it referred to Angela, David Bowie’s wife. It was primarily written by Keith Richards but Mick Jagger had a few lyrical contributions which led people to believe he might be referring to his breakup with Marianne Faithfull. In an interview, Jagger said: “People began to say that song was written about David Bowie’s wife but the truth is that Keith wrote the title. He said, ‘Angie,’ and I think it was to do with his daughter. She’s called Angela. And then I just wrote the rest of it.”

Robert Plant is just telling his lady love that he’s about to leave her. This is a popular folk song written in the 1950s by Anne Bredon. Led Zeppelin based their version on Joan Baez’s arrangement but of course, they added their own twist to it – the band incorporated elements of hard rock. It remains one of their most popular songs.

Tell me why everything turned around
Packing up, shacking up’s all you wanna do

What made this the ultimate breakup song is the fact that everyone knew Lindsey Buckingham wrote it for Stevie Nicks while their relationship was in shambles. They were always fighting and basically yelling at each other. Buckingham channeled his anger and frustration through music. He said, “I was completely devastated when she took off. And yet I had to make hits for her. I had to do a lot of things for her that I really didn’t want to do. And yet I did them. So on one level I was a complete professional in rising above that, but there was a lot of pent-up frustration and anger towards Stevie in me for many years.”

Nicks wasn’t too happy with the lyrics. She told Rolling Stone, “I very much resented him telling the world that ‘packing up, shacking up’ with different men was all I wanted to do. He knew it wasn’t true. It was just an angry thing that he said. Every time those words would come onstage, I wanted to go over and kill him. He knew it, so he really pushed my buttons through that. It was like, ‘I’ll make you suffer for leaving me.’ And I did.”