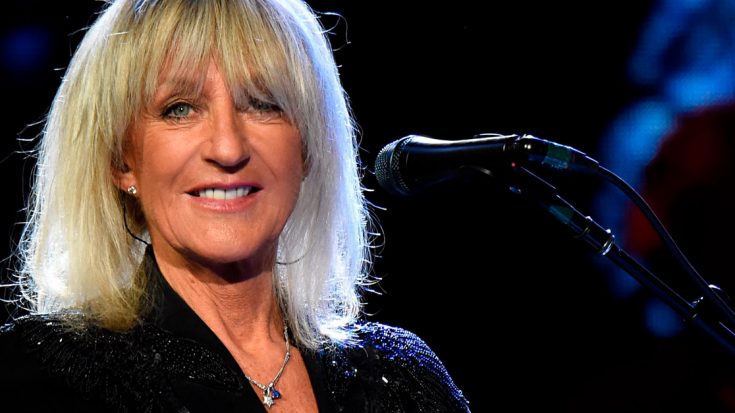 For 70s rock icons Fleetwood Mac, the drama that went on behind the scenes in the form of sordid love triangles and affairs gone wrong is as famous as they are, sometimes spilling out into the cold light of day in the form of songs like “Go Your Own Way”. Now, more than 40 years later, Fleetwood Mac’s Christine McVie says that not only do fans love the angst and drama that drove the band for years – they still want to see it. In a brief interview in support of Fleetwood Mac’s reissue of their 1982 album Mirage, McVie spoke quite candidly about how fans relate to the band’s turbulent past:

“I think people hope they’re going to see some drama or something on stage. Maybe they’ll see somebody beat somebody up. There’s always a bit of tension. There’s always some little thing somewhere. But that’s part of the band,” says McVie.

If you’re a fan hoping to see a fight break out onstage, don’t hold your breath: for all of the tension we’ve seen onstage at Fleetwood Mac concerts – especially as far as ex lovers Stevie Nicks and Lindsey Buckingham are concerned  – their professionalism when it came time to do a show trumped any and all drama boiling up behind the scenes and these days, Fleetwood Mac as a whole appears to be the most emotionally healthy they’ve ever been.

Also, if we’re being totally honest, it’s not a fight we’d love to see onstage – it’s Stevie and Lindsey getting back together. C’mon, a fan can dream, right?