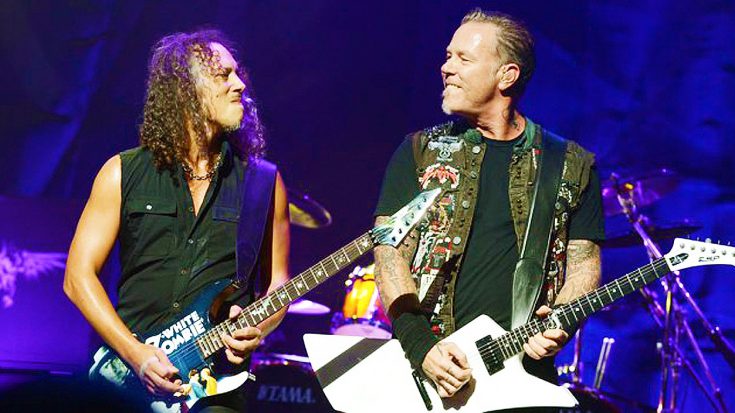 Oh man, the new album is going to be really good!

One month ago, Metallica returned in full force with the release of a brand new song called “Hardwired.” The song comes off of their brand new upcoming album Hardwired…to Self-Destruct, which is set to release on November 18th. But with the anticipation and hype brewing, the band has released a second song off of the album called “Moth Into Flame.” The release was accompanied with a music video!

The band strikes back with another hard-hitting track off of this new album. “Moth Into Flame” explores the old school Metallica sound with fast riffs, James’ gritty vocals, and just flat-out loud! It’s a fun track and serves as another great taster for the upcoming album! The music video shows the perspective of a moth (appropriately) watching the band perform the song on TV! It’s pretty trippy!

This song was actually previewed in the teaser for Hardwired…to Self-Destruct. Many fans were anxious and itching to hear it after the fairly positive/mixed reception for “Hardwired.” We love “Moth Into Flame” and “Hardwired,” so we’re pretty stoked to hear how the rest of the album will end up sounding!

Check out the new song down below and let us know what you think!