Chris Cornell Sings “Redemption Song” With His Daughter Toni, And It’s Too Damn Cute For Words 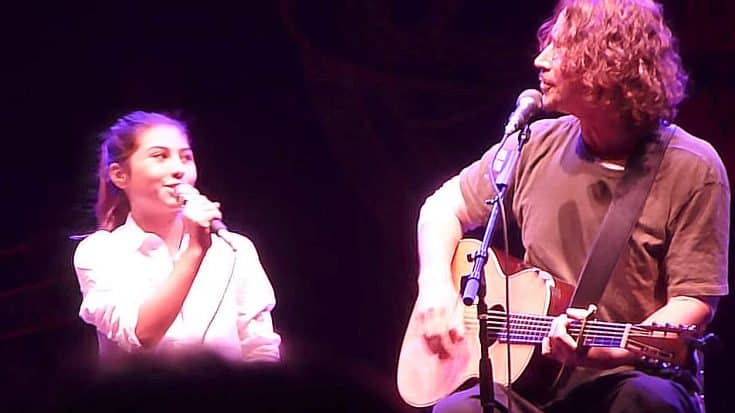 In 2015, late rock legend Chris Cornell took to the stage of New York’s Beacon Theatre for an acoustic performance of Bob Marley’s “Redemption Song”. This wasn’t just any old Chris Cornell performance, though; sure, we knew it was going to be amazing, but what we weren’t prepared for was the special guest Chris brought along that night – his daughter Toni, then only 11 years old and already showing the unmistakeable shades of her old man’s love and profound gift for music.

It’s easy to see that Toni loved singing with her dad, and that they did it whenever possible; with a voice more than capable of holding its own against the power and strength of Chris’ legendary pipes, this young lady brought the necessary sweetness and breath of hope to what’s widely regarded as one of Bob Marley’s greatest works, the perfect counterbalance to her father’s smoky vocal delivery.

Fun Fact: Unlike most of Bob Marley’s tracks, “Redemption Song” is strictly a solo acoustic recording, consisting of him singing and playing an acoustic guitar, without accompaniment.

In the wake of Cornell’s suicide last week at the age of 52, our hearts are broken for the now 13-year-old Toni Cornell as she begins the process of navigating life without her favorite person in the world, and we hope that moments like this – moments where she’s just a little girl, sharing a song and a smile with her daddy, will sustain her and bring her much needed comfort.