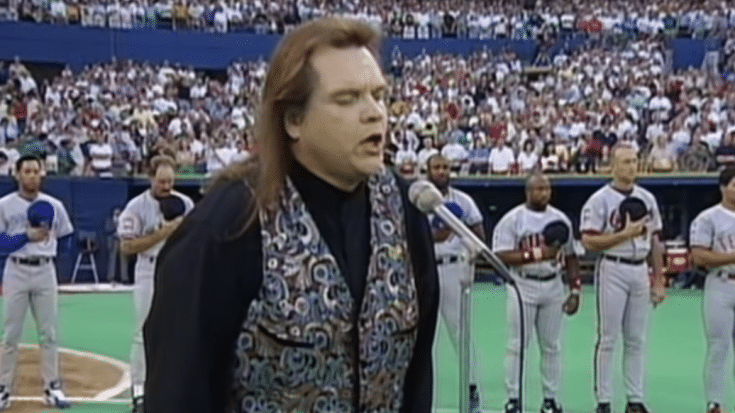 It was a beautiful day on July 12th 1994 when the 65th MLB All-Star Game took place at Three Rivers Stadium in Pittsburgh, Pennsylvania. Before the game kicked off, everyone in attendance was treated to a powerful rendition of “The Star Spangled Banner” by Grammy-Award winning artist Meat Loaf.

Meat Loaf was accompanied by the 1994-1995 Penn State ROTC Color Guard to deliver a breathtaking performance of “The Star Spangled Banner” and it was considered the highlight of the whole day.

Meat Loaf delivered a performance of our national anthem that left many speechless and many in tears. It goes without saying that Meat Loaf made the United States proud. His voice echoed throughout Three Rivers Stadium in the most beautiful way and those in attendance will tell you that he simply stole the show – relive the spectacular moment here!