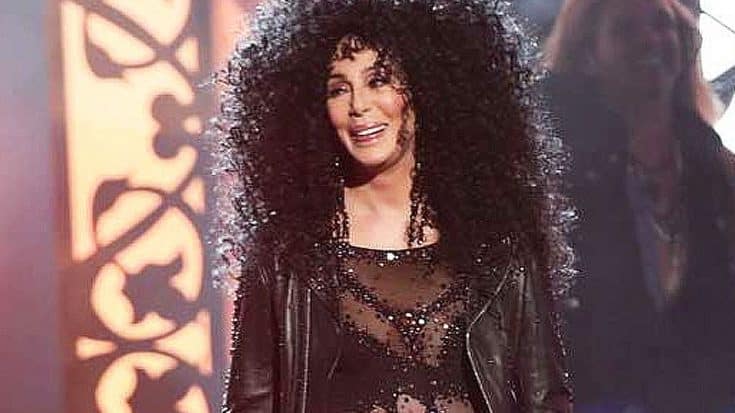 At 71, Cher isn’t an entertainer. She isn’t an icon, she isn’t a legend – she’s a force of nature capable of sweeping you up in her power and creativity and with every reinvention, every reincarnation of the last 53 years of her career as one of music’s reigning queens, Cher continues to find new and exciting ways to catch us in her undertow – and last night’s brilliant showing at the Billboard Music Awards was no exception.

This year’s recipient of Billboard’s prestigious Icon Award, Cher marked the occasion with one hell of a showstopping performance that found her hitting the stage with her 1989 smash hit “If I Could Turn Back Time,” clad in perhaps one of the most iconic looks of her career with a massive curly black wig, leather jacket, fishnet bodysuit and black stiletto heeled boots as she danced circles around her entourage of backup dancers.

Fun Fact: The Billboard Icon Award was established in 2011 to recognize music singers and their contributions to the music world, beginning with singer-songwriter Neil Diamond in 2011.

Despite having admitted to not being so fond of her older hits, Cher seemed to be anything but last night, belting the 1989 power ballad with gusto and while that alone was worth the watch, the moment that really brought the magnitude of Cher’s impact on the music world home was when the camera panned around the audience, showing several generations of musicians singing and dancing in the aisles and letting themselves get caught up in a much needed moment of levity and nostalgia.

After 53 years on the stage Cher is still an absolute powerhouse – check out the moment everyone’s talking about in the video below!

@cher is 71 yrs old, can hold 5 min planks, & can STILL rock the stage singing "If I Could Turn Back Time" #BBMAs pic.twitter.com/inFvcQLTQS