Anyway.. Here’s A Video Of Batman, Robin, And The Riddler Playing “Misirlou” 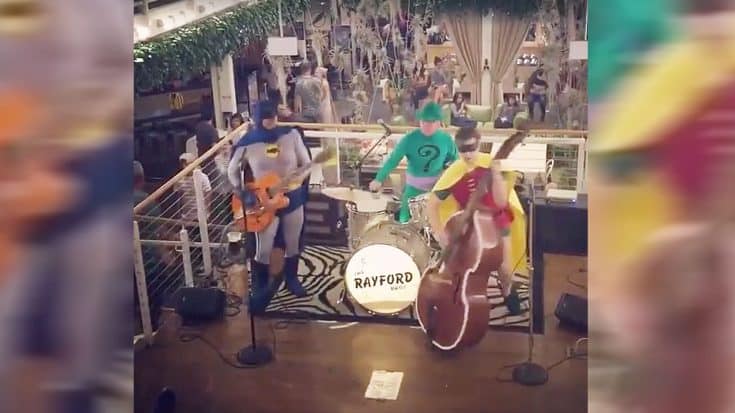 Dick Dale’s iconic smash hit Misirlou has without a doubt one of the most iconic riffs in all of rock music. Since its dawning, it has been dubbed the ultimate surfer song. As soon as you hear the roof, you’ll have the itch to grab that surfboard and hit the waves. I know I would!

Fun Fact: Some say that this traditional song originated somewhere in Egypt or Asia Minor.

What could make a performance of this song anymore amazing? Batman, Robin, and The Riddler all coming together to play it! Yep, this actually happened, and it was amazing!

Below, you’ll see a three-piece group called The Rayford Bros all dress up as the aforementioned comic book characters and perform this timeless classic. Not only do they all perform this song dressed up as the comic book characters, but they perform the song to perfection! To put it simply, Dick Dale would be proud! These boys knock it out of the park! Don’t believe me? See for yourself!