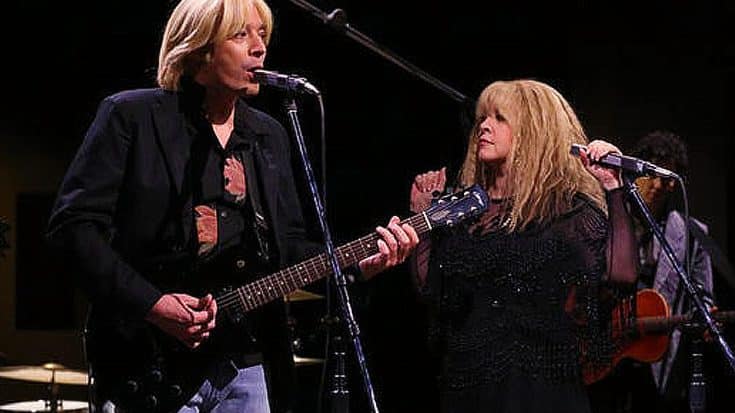 Pair Dish Out Shot For Shot Of 1981 Music Video

Sorry, James Corden – when it comes to remaking the classics on late night television Jimmy Fallon reigns supreme! From his surprisingly good “More Than Words” duet with Jack Black to his famed Two Neil Youngs sketch that saw the 42-year-old talk show host going toe to toe with the real life Neil Young in a duet of “Old Man,” Fallon’s attention to detail when it comes to shot for shot remakes of some of music’s most iconic moments are second to none, and his 2014 duet with Stevie Nicks was no different.

Introduced by former Nirvana alumni Krist Novoselic and Dave Grohl, Jimmy appears alongside Stevie Nicks dressed as Tom Petty for a fun, spot on remake of the 1981 music video for “Stop Draggin’ My Heart Around” complete with quintessentially 80s feathered haircuts, flawlessly capturing the mood and feel of the original while bringing a few laughs at Stevie’s exaggerated dance moves and Jimmy’s killer impression of Petty. We knew Stevie Nicks was a funny woman, but seeing her poke fun at the early days of her solo career makes us love her even more and after watching this, we’re sure you’ll feel the same way.

We’ve also included the original music video featuring Stevie and the real Tom Petty for your viewing pleasure, so be sure to give it a gander and let us know in the comments: did they nail it?