10-Year Old Steals Show At Bruce Springsteen’s Concert After He Joins ‘The Boss’ On Stage! 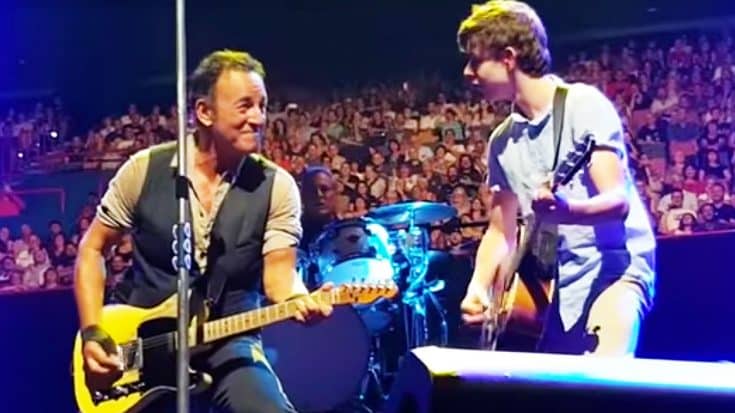 The Boss loves his fans!

Imagine performing on stage with your rock n’ roll idol! Being able to perform alongside someone who inspired you to play, or listen to music is nothing but a dream to some people. But there are a select amount of people in this world that have actually had the privilege of experiencing this.

This 10-year old from Australia joined that exclusive club recently, after he was called on stage to perform a song with “The Boss” himself, Bruce Springsteen. Nathan Testa attended Springsteen’s show in Brisbane. Nathan meandered his way toward the front of the audience with a sign that read:  “Missed school, in the s— now, now can I play ‘Growin’ Up’ with you?”

Fun Fact: David Bowie recorded a version of this song.

The Boss noticed the sign, and pulled the kid up on stage to make his dream come true! The two performed an amazing duet that neither of them won’t soon ever forget! This isn’t the first time Springsteen has pulled fans on stage to join him on a song. He pulled a 4-year old girl on stage to sing with him in Oslo, Norway last summer! It’s great to see Springsteen get so personal with his fans, and it shows he truly cares about and appreciates them!

Check out this awesome moment down below and let us know what you think!