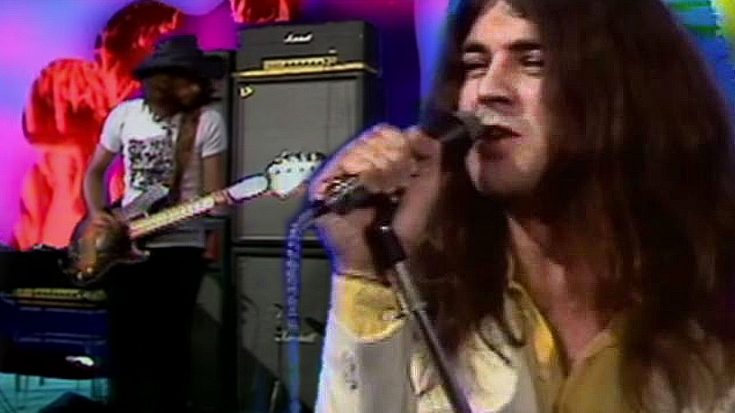 “Nobody Gonna Take My Car!”

The opening track from English rock band Deep Purple’s Machine Head, ‘Highway Star’ is one that successfully bridged the gap between classic rock and heavy metal fans with its driving rhythm highlighted by guitarist Ritchie Blackmore’s vicious approach to soloing and charismatic, entirely-too-talented frontman Ian Gillan leading the charge. It’s always a treat to see Deep Purple live, so what better way to immortalize a song like ‘Highway Star’ than with footage of one of the earliest known performances? In 1972, the boys in Deep Purple made an appearance on German television, where in a kaleidoscope of crazy lights and effects, they blasted through ‘Highway Star’ in a performance that would help shape music for decades after.

Fun Fact: According to Deep Purple bassist Roger Glover, they wrote this song on their tour bus on the way to a gig in the UK.

Guys, this performance doesn’t get any better! Ian Gillan is absolutely electric, and 40 years later the song that Deep Purple improvised on their tour bus still endures. No wonder this crowd favorite has always been a must-hear at every Deep Purple show!