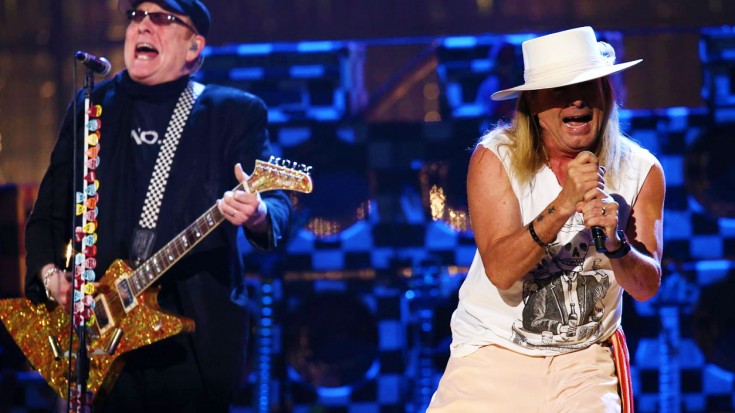 We’ve wanted Cheap Trick since they burst onto the scene in 1973, seamlessly blending rock with elements of pop, punk, and even metal to create a brand of rock and roll strictly their own. Now, after 4 decades, Illinois’ hometown heroes are taking their rightful place in rock history as they celebrate their induction into the Rock And Roll Hall Of Fame!

It’s been a long time coming; having played over 5,000 concerts to date and sold a whopping 20 million albums worldwide, Cheap Trick’s induction is no doubt due to a fierce work ethic paired with an insatiable drive to create music that stands the test of time. In fact, even as they celebrate the biggest moment of their career, the band is looking to their next great adventure with the release of their critically acclaimed 17th studio album Bang, Zoom, Crazy…Hello, and this summer’s Rock Hall Three For All Tour with Heart and Joan Jett and the Blackhearts.

Fun Fact: An act has to be in business for at least 25 years after the release of its first album to be nominated for induction into the Rock And Roll Hall Of Fame. Three of the five iconic acts needed more than 40 years to make it in.

Lead singer Robin Zander marveled at the band’s journey to receiving rock’s highest honor saying, “We didn’t know when we started our band that it would last more than a year or so. You just put one foot in front of the other and follow your heart. God, I’ve been chasing ‘follow my heart’ now for 40 years. And now this. It’s overwhelming.”

If ever there was a band that deserved to be counted among the greatest musicians to walk the earth, it’s Cheap Trick. In honor of the band’s big moment, join us in celebrating Cheap Trick’s stunning legacy with their most iconic performance of their smash hit ‘Surrender’!

Cheap Trick’s latest album ‘Bang, Zoom, Crazy…Hello’ is available now in stores, on Itunes and Amazon, and on Google Play for Android users. Get it now!