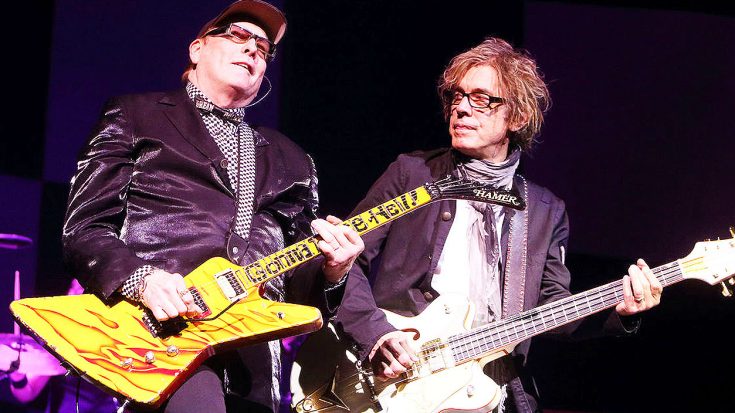 We’re all alright after seeing this!

Rick Nielsen and Tom Petersson of Cheap Trick surprised everyone during Pearl Jam’s concert at Madison Square Garden in New York City back in May! Pearl Jam lead singer Eddie Vedder invited the two on stage to play an epic rendition of Cheap Trick’s hit “Surrender.” Vedder took over Robin Zander’s duty on vocals, and we must admit that he absolutley killed it! Eddie’s voice sounds really great on this song! Of course, Nielsen and Petersson were amazing, as always, too!

Fun Fact:Cheap Trick guitarist-songwriter Rick Nielsen recalls in Rolling Stone’s Top 500 songs magazine that when he wrote it, he had to “go back and put myself in the head of a 14-year-old.”

Before Nielsen and Petersson strutted onto the stage, Vedder gave them a wonderful into, and talked about how they inspired him and recognized their recent induction into the Rock & Roll Hall Of Fame. Both Vedder and Cheap Trick are from Illinois (Vedder is from Evanston and Cheap Trick was formed in Rockford), therefore the two have a lot in common! The only thing missing from this is Nielsen breaking out his infamous 5 neck guitar! But nonetheless, the performance is epic!

Watch the performance down below and let us know what you think!