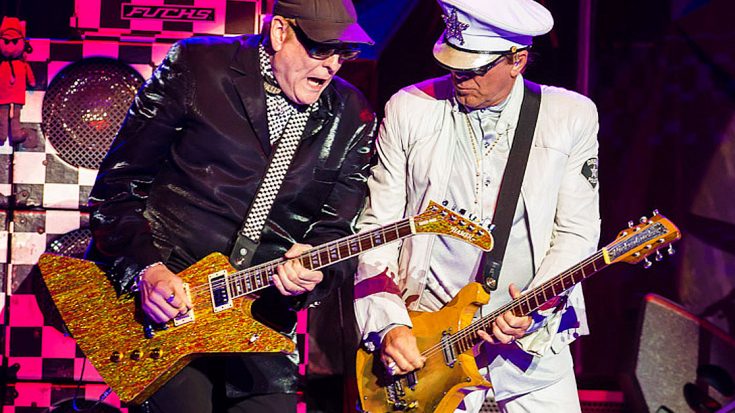 Illinois rockers Cheap Trick caught a case of the British Invasion fever when in 2009 they were tapped to bring their critically acclaimed Sgt. Pepper Live show to Las Vegas. For two weeks, fans twisted and shouted as Cheap Trick, flanked by an orchestra and a host of backing musicians, brought them their favorite Beatles tunes in a way that both rocked incredibly hard and immediately transported them back to their own youth at the height of Beatlemania.

The real magic happened, however, when Cheap Trick brought out the Fab Four’s 1967 epic, “A Day In The Life”; widely regarded as one of the finest examples of songwriting of the 20th century, “A Day In The Life” is notoriously difficult to cover – hell, even The Beatles struggled with it in the studio – but for our favorite Illinois rockers, this Beatles classic proved to be yet another accomplishment on their already glowing résumé as they confidently made their way through both passages of the song, with singer Robin Zander doing a fantastic job of covering the vocal parts traditionally sung by John Lennon and Paul McCartney respectively.

To add to the magic, “A Day In The Life” was even accompanied by a light show as well as the sound effects heard in the original version (complete with Rick Nielsen adding a few of his own!) before eventually crescendoing to a mishmash of sound effects and strings. We knew Cheap Trick were absolute geniuses when it came to performing covers, but what they do with this Beatles classic is nothing short of magic – check it out in the video below!