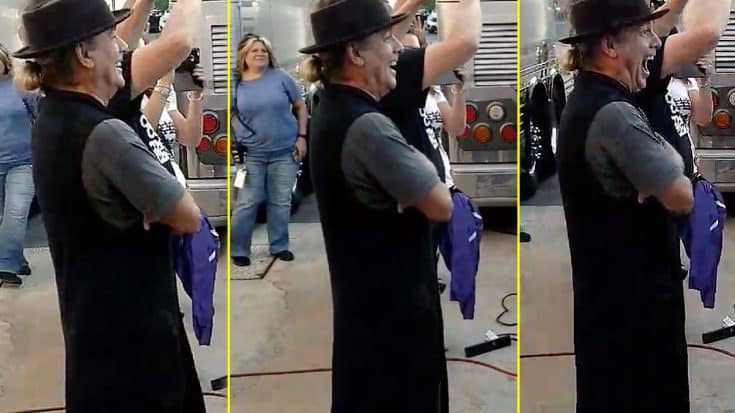 It’s pretty safe to say that a handful of teens at San Diego’s Carlsbad High School had the best day ever after their choir was caught rehearsing before a competition last week, and this video proves it! Slated to compete for a grant from the Grammy Foundation in a contest held by local classic rock station 101.5 KGB just before that night’s Cheap Trick/Foreigner concert, the talented Choral Boosters of Carlsbad High School were wrapping up their final runthrough of “Voices” from Cheap Trick’s Dream Police album when a roadie for the band overheard them and asked their choral director, Jessie Bullock, to stick around.

He returned a few minutes later with none other than Cheap Trick frontman Robin Zander who then asked the Choral Boosters to perform “Voices” for the entire band – crazy, right?

The Choral Boosters’ arrangement of “Voices” was so incredible that it moved the entirety of Cheap Trick, Robin Zander visibly blown away by the power of what these talented teens were capable of. So blown away was the band that they actually worked “Voices” into their set that night, guitarist Rick Nielsen giving the kids an incredibly sweet dedication and telling the audience proudly that “they perform this song better than we do!”. This moment between Cheap Trick and the next generation of movers and shakers is one you’ll never forget – check it out in the video below!