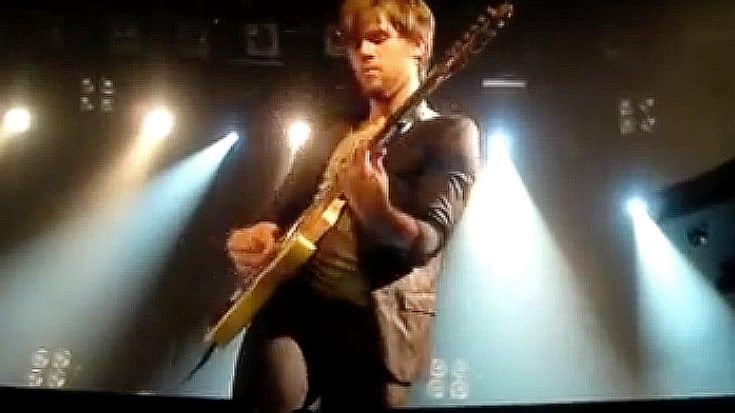 Featured on The Fray’s critically acclaimed self titled 2009 album, “Ungodly Hour” hits hard; it’s a song about those hard conversations we have with those we love, the ones that ultimately lead to heartbreaking decisions and consequences that keep you up at night for weeks on end as you replay the darkest hour of your life and try to pinpoint where you should have fixed things, if you even could at all.

Driven by The Fray’s Joe King on vocals, “Ungodly Hour” becomes an exercise in what it is to feel something up close and personal and really sit with it when thrust into a live setting as the quiet sweep of brushes against snare drums are highlighted by the twinkling of piano keys; King’s voice falling and rising beautifully, first as a whisper and then as a flawless falsetto ushering in one of the song’s most powerful moments yet.

Fun Fact: Released on February 3, 2009, through Epic Records, The Fray’s 2009 album debuted at the coveted number-one on the Billboard 200 chart.

The video below showcases that moment perfectly as the stage fades to dark, King’s falsetto cueing a burst of light, a well placed power chord and suddenly, in the midst of it all appears guitarist Dave Welsh. Launching into a nearly 2 minute guitar solo, Welsh’s guitar work can only be described as absolutely stellar as he highlights that swell of emotions just beneath the surface of us all, giving them a name and allowing them their full power but never letting us forget that just after that “Ungodly Hour” is the one thing we can hold onto without fail: hope.