Celine Dion Battles Tears, Triumphs Over Grief In Stirring Performance Of Queen’s “The Show Must Go On” 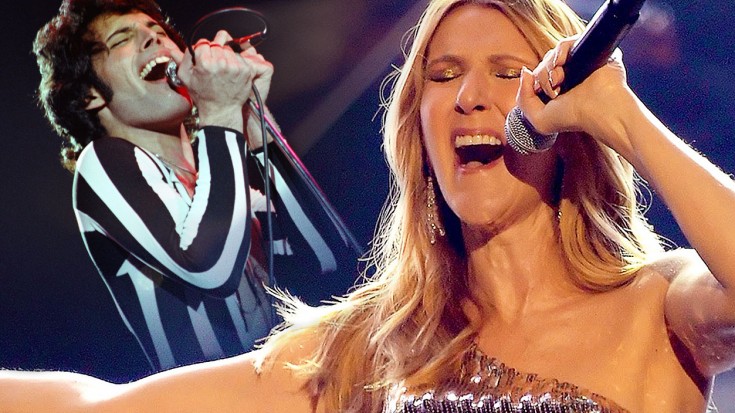 From Tragedy To Triumph In One Stellar Performance

In one of her first televised performances since the death of her husband Rene Angelil earlier this year, fans saw a regal looking Celine Dion take the stage at last night’s Billboard Music Awards where, through barely contained tears, she triumphed over grief with a show stopping performance of Queen’s 1991 hit “The Show Must Go On.” Slated to receive the ICON Award as well, Celine’s performance was one for the ages!

Containing all of the drama that a song like “The Show Must Go On” entails, this wasn’t just another take on Freddie Mercury’s swan song – it was a powerful declaration of someone refusing to let tragedy become them and consume the good still left in life, and for a woman who has lost the love of a lifetime and for whom the show really must go on, Celine Dion’s performance is one that can only be described as absolutely stunning.

Fun Fact: “The Show Must Go On” chronicles Freddie Mercury’s struggle to continue performing as he slowly succumbed to AIDS complications.

I have no idea how she managed to continue belting despite very clearly battling tears that threatened to fall, but the fact that she did and did it with such grace and elegance while still delivering the performance of a lifetime makes us understand exactly why she was selected for something as prestigious as the ICON Award. Whether you’re a fan of Celine’s or not, this is a performance that Freddie would have smiled at, and it’s one you definitely don’t want to miss!