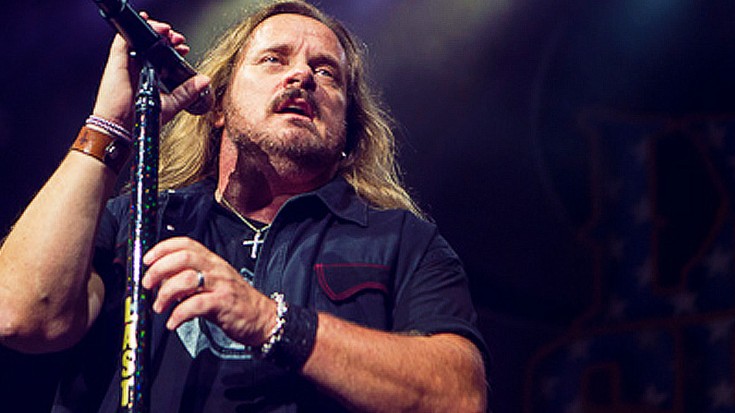 With its rich, soulful voices highlighted by soaring guitar solos and a heady brew of rock, blues and country music, Southern rock is a genre that stands apart from the rest of the pack and has given the world some of the greatest songs ever written by some of the greatest bands to walk the planet – something Lynyrd Skynyrd singer Johnny Van Zant knows all too well. For Southern rock’s fearless leader, the genre that catapulted his band into legend isn’t just music, it’s a way of life.

Formed in 1964, his own Lynyrd Skynyrd is counted among some of the most respected and influential bands in the Southern rock pantheon for songs like “Free Bird” and “Sweet Home Alabama,” but what songs does a rock legend like Johnny consider to be serious must-haves in any Southern rock collection? Lucky for us, he’s shared his top 10 picks with the world – so buckle up and get ready to take some notes as we reveal Johnny Van Zant’s top 10 Southern rock classics!

Featured on their 2000 album Life Before Insanity, “Bad Little Doggie” by Southern rock legends Gov’t Mule remains one of Johnny’s favorite songs, and for good reason: it rocks. With Allman Brothers Band alum Warren Haynes on guitar and vocals, Johnny says that Gov’t Mule’s “Bad Little Doggie” sounds like “The Allman Brothers meets… God, I don’t know what!” and hails it for its Southern rock, bluesy feel.

9. The Georgia Satellites | “Keep Your Hands To Yourself”

“Keep Your Hands To Yourself” by The Georgia Satellites is an absolute must for any Southern rock collection! Rocking as hard as the rock and roll of the 50s, it’s easy to see why  Johnny Van Zant digs “Keep Your Hands To Yourself” so much; it’s got clever lyrics that tell the story of a woman who won’t be intimate with her boyfriend unless he marries her and with its sound reminds him a little of Skynyrd’s own  “Down South Jukin'”.

No list is complete without Gregg Allman!  One of the forefathers of Southern rock, Gregg’s slick sounding 1987 hit “I’m No Angel” was an unexpected hit, gaining heavy album-oriented rock airplay and reaching number one on Billboard’s Album Rock Tracks charts the year it came out.

If “Grey Ghost” by the Henry Paul Band doesn’t get you, I don’t know what will. It’s one that holds a special place in Johnny’s heart – with soaring guitar solos, “Grey Ghost” was dedicated to Ronnie Van Zant, perhaps one of the most well loved figures in Southern rock history.

Atlanta Rhythm Section could do no wrong! Blending elements of soul with rock and country to create something uniquely their own, “Champagne Jam” is described by Johnny as being “one of the coolest songs from that era,” and listening to it it’s easy to see why!

Ram Jam’s iconic “Black Betty” is one that no rock fan can be without! Based on an old folk song, “Black Betty” is the definition of Southern rock, and it’s one that Johnny played to death growing up in Jacksonville. It’s okay, Johnny – we did too.

A classic that flawlessly bridges the gap between rock and country, “Third Rate Romance” by the Amazing Rhythm Aces is one of our favorites, and it’s one of Johnny’s, too. With its clever lyrics about a man and woman heading off to a motel for a “low rent rendezvous,” it’s another perfect example of a great story told to the tune of some seriously talented musicians.

Featuring the talents of the legendary Charlie Daniels of The Charlie Daniels Band, 1974’s “Fire On The Mountain” reigns as one of Johnny Van Zant’s Southern rock must haves, and with its flute solo and that gorgeous lap steel guitar wailing away in the background sounds like everything we’ve ever loved about Southern rock.

If you like a little soul with your Southern rock, you’ve simply got to have Wet Willie’s “Keep On Smilin'” in your collection. Singer Jimmy Hall is celebrated by Johnny Van Zant for his one of a kind voice, and the jazzy, bluesy influence in “Keep On Smilin'” turns this Southern rock classic into something really special.

5 words: “Jim Dandy to the rescue!” Need we say more? This classic began as an old R&B hit, but Black Oak Arkansas gave it the Southern rock royal treatment for a Southern rock classic that makes it impossible to sit still!