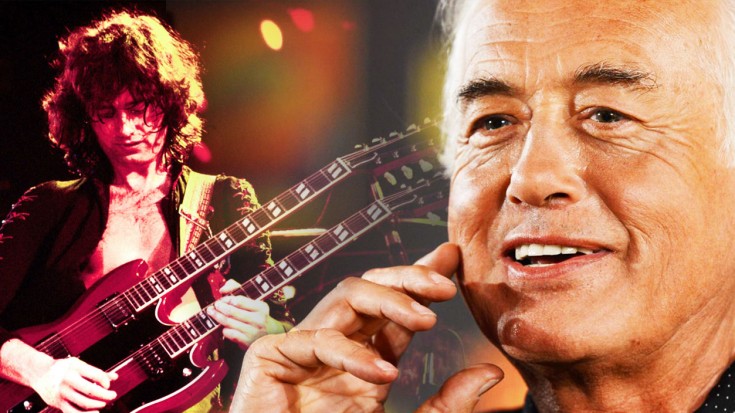 Although it is hard to contain and define the genius that is Jimmy Page, the only attempt that one can make to do the UK rocker justice is to compile a list of his greatest musical contributions both during and before his time in Led Zep. In forms of technique as an artist, it is hard to build up a list of moments each greater than the last, but Page was known as one of the few that constantly worked to make this possible.

As the lead guitarist of Led Zeppelin, Page has been described as the “pontiff of power riffing” and currently comfortably rests at #3 on Rolling Stone’s list of “100 Greatest Guitarists of All Time.” But, before there was Led Zeppelin, Jimmy had a lot of growing to do physically, musically, mentally and technically.

Page had quite a career starting at the age of just 15 with features in and with several bands and artists we will attempt to list: The Crusaders, Brian Howard & The Silhouettes, Cyril Davies’ All Stars, Alexis Korner’s Blues Incorporated, Jeff Beck, Eric Clapton, Columbia Graphophone Company, Carter- Lewis and the Southerners, Mike Hurst and the Method, Mickey Finn and the Blue Men, Nashville Teens, Donovan, The Rolling Stones, Al Stewart, The Who, the Beatles, Joe Cocker, the Kinks and Van Morrison….okay the list goes on and on…. and, of course, the Yardbirds.

It is important for people to know Jimmy as a universal artist, rather than the rock god of just Led Zeppelin, because although Page did some of his best work in that particular time in his life, the credit he deserves before meeting Robert, JPJ and Bonzo should be common knowledge to all that love rock. So here we go…

“Think About It” – The Yardbirds

“With A Little Help From My Friends” – Joe Cocker

“Stroll On” – The Yardbirds

Happy Birthday Jimmy, you will always be the god of rock to us no matter what instrument or band you play with. Thank you for all of the music and the joy…