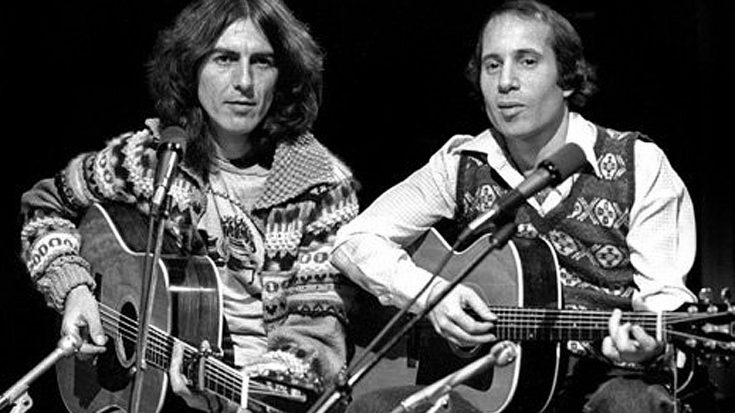 In its earliest days, Saturday Night Live graciously hosted rock legend and former Beatle George Harrison who, along with fellow legend Paul Simon, performed on the show’s November 20, 1976 episode, dazzling the studio audience and viewers at home with a quick cover of Harrison’s own “Here Comes the Sun” that segued neatly into Simon’s “Homeward Bound,” a perfect fit for the holiday season.

Of course, no live performance is possible without a rehearsal beforehand; Harrison and Simon spent a good portion of a time before Saturday Night Live hit the airwaves rehearsing both the songs they planned to perform as well as a few classics and thankfully, someone thought to record their impromptu jam. In the audio below, listeners are in for a serious treat as George and Paul can be heard jamming to The Everly Brothers’ 1958 classic “Bye Bye Love,” trading harmonies and licks and sounding for all the world like two friends who just got together to jam – not two rock legends preparing for a live performance on national television.

It’s not perfect by any means, but that’s what makes this recording so special; some of music’s best moments aren’t pretty or polished, yet still manage to be tremendously important and George and Paul’s “Bye Bye Love” rehearsal is no exception. Unless someone had had the foresight to record this, it would have surely been lost to time – which would have been the greatest tragedy of all. Enjoy!