A Band Has Finally Been Confirmed To Play Trump’s Inauguration, And It’s Not Who You’d Expect… 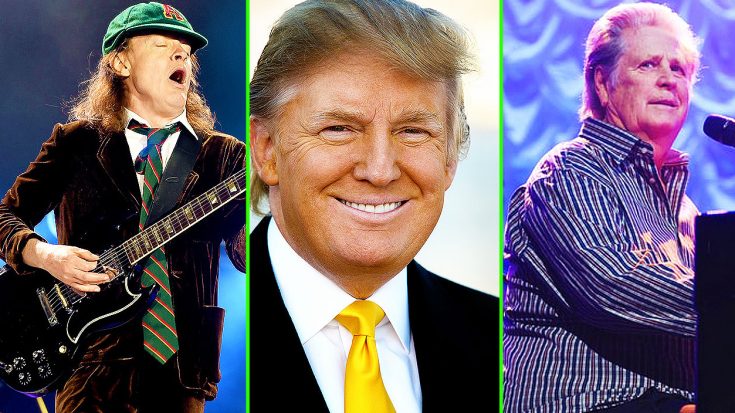 Didn’t see this coming t all!

The mass confusion has finally ended. Someone has, at last, stepped forward and volunteered to play President-elect Donald Trump’s Inauguration Ball on January 20th. After weeks and weeks of speculation, artists dropping out, refusing, open letters of denial and lies, we finally have a band that has been confirmed to play this historical event. The catch of this whole thing, is that no one saw this coming. At all.

Performing at Trump’s inauguration will be the B. Street Band, America’s #1 Bruce Springsteen tribute band. That’s right ladies and gentleman, you read that correctly. A tribute band will be playing this occasion.

The B. Street Band claim they are the most recognizable Springsteen tribute band in the world, so we’re not concerned with what they can bring to the table. If you listen to their work, they aren’t bad. What’s crazy, is that a Trump has to settle for a tribute band to play this event, rather than an A-list act. On the list of artists who did turn down Trump’s invitation are AC/DC, Mötley Crüe, and many others. KISS was reported to be contacted, but Gene Simmons debunked those rumors, and said his band was not contacted at all.

It’s pretty sad that Trump was only able to get a tribute band for his special day, but with the controversies surrounding him throughout his campaign, the election and the waning months and weeks before his inauguration, it’s hardly surprising.

The crazy part about this whole thing, is that Bruce Springsteen hates Trump, and has stated he doesn’t want any of his music associated with him. Therefore, if the tribute band does not have an ownership of the songs, Bruce could very well put the kibosh on this whole thing! We’ll have to see how things pan out in the next 8 days before the event!

Check out a video of the B. Street Band performing down below!