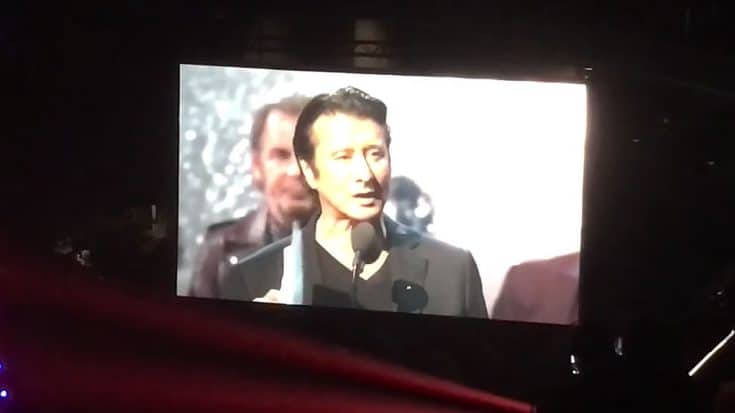 It’s been an extremely long time coming. There was all kinds of speculation and rumors about the whole thing. And after 20 years, Steve Perry and Journey did what a lot of people were starting to think would never happen, they reunited on stage at The Rock & Roll Hall Of Fame Induction Ceremony.

It has been 20 years since Steve Perry has been with Journey in any real way. In fact, he hasn’t been very musically active at all during that time apart from that occasional singing appearance. Nevertheless, fans haven’t been any less vocal about wanting to see Steve Perry rejoin Journey even for just one night, and that is exactly what happened!

What you’re about to watch is a video in which Steve Perry takes to the stage at The Rock & Roll Hall Of Fame Induction Ceremony to give a heartfelt speech in which he thanks everyone who helped Journey to their success. See for yourself!