Caught On Camera: Rick Nielsen’s Pre-Show Ritual Will Get Anyone Hyped Up Before A Show! 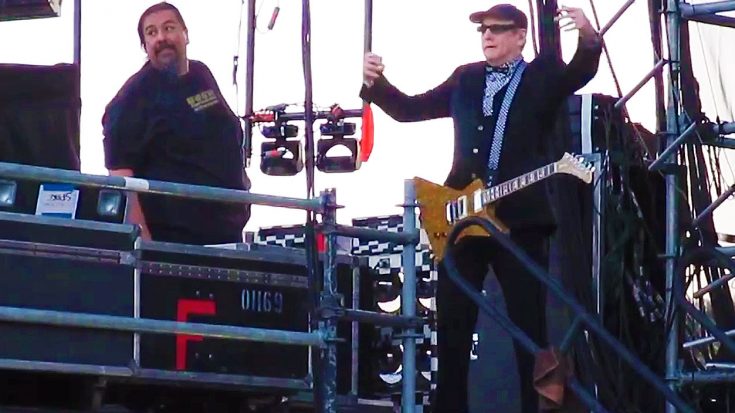 Getting in the zone!

Rock N’ Roll Hall of Famer Rick Nielsen knows exactly how to get himself going before walking on stage to play a show in front of thousands of people! Nielsen is most notably known for his goofy outfits, flashy guitars and unique playing style, and we can confirm his pre-show ritual is just as awesome as his character! Prior to hitting the stage at Moondance Jam in Minnesota back in 2013, Nielsen was caught on camera hyping himself up prior to the show.

Fun Fact: On April 1 we traditionally celebrate April Fool’s Day but in the state of Illinois that is not the case. Since 2007 April 1 has been knows as Cheap Trick Day in honor of the band that started in Rockford, Illinois in the early 1970’s. April 1 is an appropriate day not just for the bands name but because of some of the antics lead guitarist Rick Nielsen does while they preforming on stage.

In the video, you can see Nielsen dancing, throwing picks at people backstage, loosening up, jumping up and down, and of course having fun with the roadies and other bands back stage! This is why we love Mr. Nielsen! He’s always so light-hearted and always looks like he’s having a great time. He never takes himself too seriously, and his guitar playing is one of a kind!

Check out this gem for yourself down below, and next time you go see Cheap Trick, watch out for Nielsen’s pre-show ritual!