Caught On Camera: Paparazzi Harass Steven Tyler, But Luckily This NASCAR Driver Swoops In To Save Him! 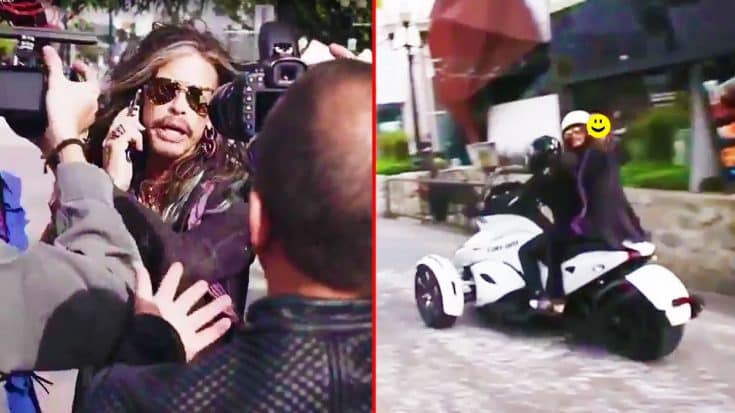 No one expected this!

If there’s one celebrity that’s sick of the paparazzi, it has to be Steven Tyler. Steven is constantly harassed by the paps, whether he’s at the airport, dinner or just out and about…they can’t leave him alone and it’s pretty frustrating for him, his family and fans.

For a commercial, NASCAR driver Danica Patrick shot an ad where she introduced a vehicle called the Can-am. It’s a 3-wheeled motorcycle, which is becoming the hottest new transportation device. The ride is pretty convenient in getaways, which is exactly what Danica uses it for in this commercial!

In the commercial, the Can-am is called “the paparazzi getaway vehicle,” and Danica uses it to rescue Steven Tyler from a mob of microphones, cameras and roaches! Danica swoops in, and Steven hops on the back of the bike. As they ride off, Steven turns around and flips off the paparazzi! It’s a hilarious commercial that will make you laugh out loud! Steven could use this vehicle in real life!