Procol Harum Celebrate 50 Years Onstage With Their First New Song In Over A Decade, “Don’t Get Caught” 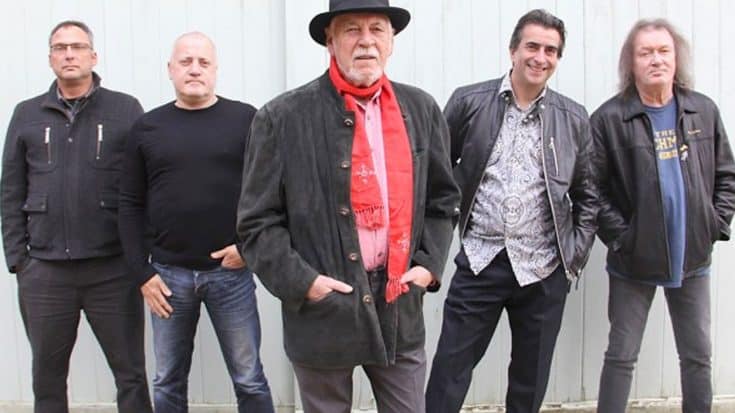 For many bands, the 50th anniversary together is unimaginable. Few bands make it to such a huge milestone in their career and even if they do, it’s even rarer that they want to create anything new – especially with a music industry that looks violently different than the one they remember starting off in. In that regard, English rockers Procol Harum are a beast of a different nature as they not only gear up to celebrate their 50th anniversary but for the release of their upcoming album Novum, due out April 21st.

Their first round of new music since 2003’s The Well’s on Fire, Novum finds Procol Harum pulling out all the stops in honor of 5 decades on the stage as evidenced by the album’s debut single “Don’t Get Caught”; with a lineup that includes veteran frontman Gary Brooker, Geoff Whitehorn, organist Josh Phillips, bassist Matt Pegg and drummer Geoff Dunn, Procol Harum’s latest offering is unique in that the lyrics were written by Pete Brown – best known for his Cream collaborations – instead of former lyricist Keith Reid and full creative input from the entire band.

Fun Fact: “A Whiter Shade of Pale” is one of the few singles to have sold over 10 million copies.

“Don’t Get Caught” hits you like a punch to the solar plexus, reminding you of youth and what it is to be young again and with pulsing synths, twinkling piano riffs and powerful drums it’s impossible not to get swept up in the nostalgia of the moment. Check it out in the audio below and as always, enjoy!