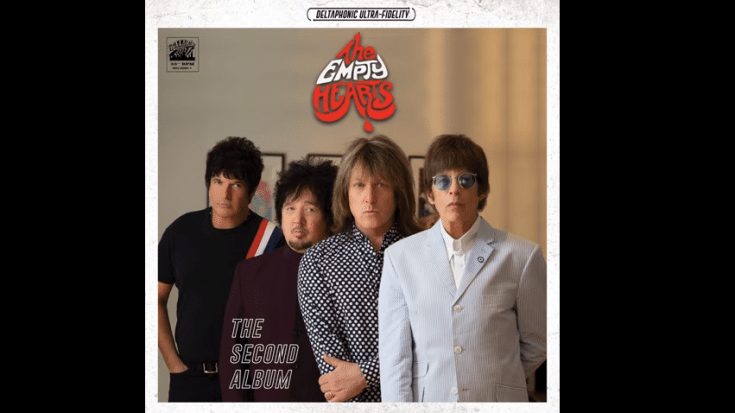 via The Empty Hearts - Topic/YouTube

The Cars guitarist Elliot Easton and Blondie drummer Clem Burke along with The Chesterfield Kings bassist Andy Babiuk teamed up to form garage rock supergroup The Empty Hearts who are set to release The Second Album this August 28 via Wicked Cool Records. They teased their upcoming studio effort by releasing the new single “Well, Look At You” which follows “Best That I Can” and “The World’s Gone Insane.”

You can listen to the song below.

Babiuk told UCR, “I have a bit of an odd story about the song. It came to me in a dream. I was backstage at a Rolling Stones show talking to Mick Jagger and he said, ‘I’ve got this song that I think would be good for the Empty Hearts,’ and he sang it to me. I woke up and hummed it onto my iPhone and went back to bed.”

He added, “This one has a classic Southern soul feel, [like a song] with great backup from the Memphis Horns. Kind of like a Booker T. & the M.G.’s/Stax-Volt kinda feel. At least that’s what we were going for.”

The Second Album features contribution from Ringo Starr as he sits behind the kit on “Remember Days Like These.”