Carlos Santana Shreds Unbelievable Solo—Leaves Everyone In The Room Speechless 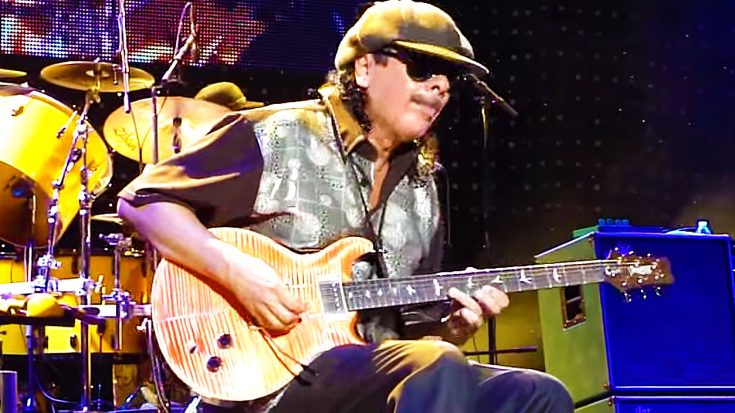 One of the greats!

While performing in Nobelsville, Indiana, Carlos Santana shredded what could be one of his best improvised solos! Santana was just messing around, and ended ep melting everyone in the room’s face completely off with this epic solo! Although it’s unclear what song Carlos was actually playing, we can definitely say that this solo was easily one of the best we’ve heard from him!

Fun Fact: Santana became engaged to his touring drummer Cindy Blackman, after proposing to her during a concert of the Universal Tone Tour at Tinley Park in Chicago, Illinois, on July 9, 2010.

Check out how fast his fingers were moving, and how creative he got with his style! He plays the song with his entire hands, and every single one of his fingers! His hands move past the traditional fretboard, to bend the strings in an impressive manner, which completely warps the sound.

Check out the sick solo down below!